Afghans are mourning the dead from yesterday's NATO bombing that killed scores of people and have renewed an outcry over civilian casualties at the hands of Western troops in an eight-year war.

NATO, UN and Afghan teams have launched an investigation into the chain of events that led to the airstrike in northern Afghanistan.

They are also investigating how many people died in the bombing and their identities.

The White House has expressed 'great concern' over the loss of civilian lives, while European governments have warned the raid risked undermining the NATO mission of 64,500 troops from more than 40 countries trying to defeat the Taliban.

Police and the interior ministry said up to 56 Taliban were killed and 10 more wounded, including a 12-year-old child, when a NATO air raid targeted the tankers after they were hijacked en route from Tajikistan to Kabul.

The airstrike destroyed two fuel tankers at a time when witnesses said villagers had rushed towards the vehicles carrying any container they could to collect free fuel at the insurgents' invitation.

Officials said the dead were mostly insurgents, but Afghan President Hamid Karzai said any targeting of civilians was unacceptable. His office said 90 people were killed and hurt.

Memorial prayers were heard earlier today in nearly a dozen villages for those who were killed in northern Kunduz province, where the atmosphere was highly charged, witnesses said.

The airstrike also underscored the increasing Taliban presence in parts of the north that straddle a new supply route for foreign troops coming through Tajikistan in order to minimise dependence on the volatile route from Pakistan.

The incident comes four days after the US and NATO commander in Afghanistan submitted a review into the nearly eight-year war, calling for a revised strategy to defeat the Taliban and reverse the country's 'serious' situation.

Foreign Minister David Miliband said 'it's vital that NATO and the Afghanistan people come together' to resolve the country's problems.

'And obviously incidents like this undermine that,' he added.

The White House also said the incident would be investigated and NATO chief Anders Fogh Rasmussen pledged to conduct a thorough investigation.

NATO-led International Security Assistance Force said it bombed two stolen fuel trucks spotted on the banks of the Kunduz river, saying a large number of insurgents were killed but expressing regret for 'any unnecessary loss of human life'. 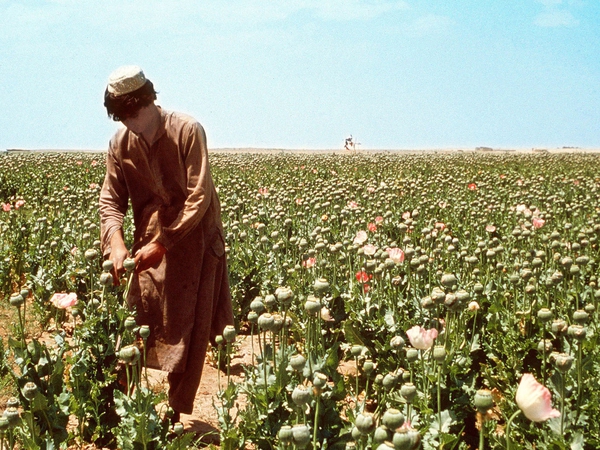