Up to 90 people are thought to have been killed in a NATO airstrike in northern Afghanistan.

Aircraft from the NATO-led International Security Assistance Force attacked two fuel tankers that had been hijacked by the Taliban in northern Kunduz province.

NATO has claimed only militants were killed but said it is investigating reports of civilian deaths.

Lieutenant-Commander Christine Sidenstricker, press officer for the US and NATO-led ISAF, said Afghan authorities had reported two fuel trucks hijacked, and NATO aircraft spotted them on a river bank, 7km from Kunduz.

'After observing that only insurgents were in the area, the local ISAF commander ordered air strikes, which destroyed the fuel trucks and killed a large number of insurgents,' she said.

Asked how pilots could know whether a crowd gathered around the truck included civilians or fighters, she said: 'Based on information available at the scene, the commanders believed they were insurgents.'

Kunduz province Governor Mohammad Omar said as many as 90 people are feared dead, burned alive when the fuel trucks exploded.

Officials and witnesses had previously told news agencies that there were dozens of casualties including civilians in the strike.

'A small number of the casualties are local civilians, including a few children who had come to take free fuel,' said Mahbubullah Sayedi, a spokesman for the Kunduz provincial government.

He said Taliban fighters had hijacked the tankers and were offering fuel to a crowd of villagers when the tankers were bombed.

One became stuck in mud by a village, and the fighters were trying to tow it when residents gathered to take the fuel and the crowd was struck.

The incident in the northern province of Kunduz could reignite outrage against foreign troops, two months after the new commander of US and Afghan forces in the country announced measures to reduce civilian casualties, which he said were undermining the war effort. 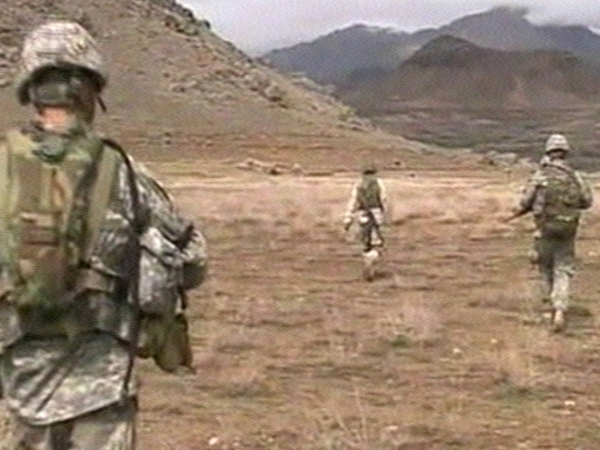