The Dublin Port Company has obtained an injunction against a number of people who attempted to blockade the port yesterday.

Workers from Marine Terminals Limited are involved in a row with the company over redundancies and cutbacks in pay and conditions.

Following a brief stand-off with a Stena Line ferry, which was attempting to leave the port, the workers agreed to call off the protest.

Talks are due to take place at the Labour Relations Commission on Monday. 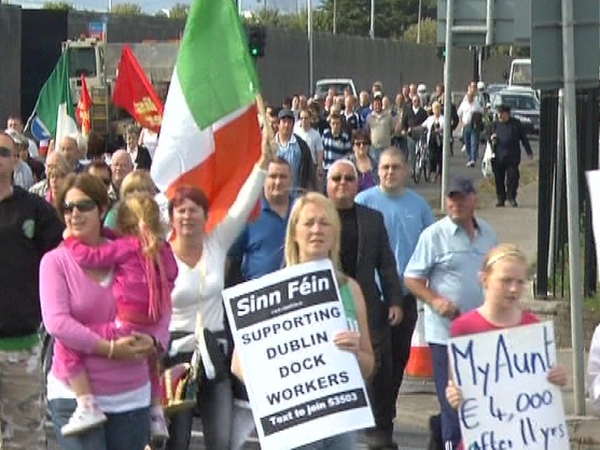