Green Party leader John Gormley has rejected claims that the Party's support for the Lisbon Treaty would give the No campaign more credibility.

He said the party's vote yesterday to campaign for a Yes vote in the second Lisbon referendum was an exercise in principled democracy.

People came to a conclusion based on arguments and cast-iron guarantees that Lisbon is good for the environment and good for climate change in particular, he said.

Former Green Party MEP Patricia Mckenna accused the Green Party leadership of turning their back on their principles once it was part of the ‘accepted political establishment’.

In response to Ms McKenna's statement, Mr Gormley said she left the party because she could not even get a nomination for the local elections.

He said Ms McKenna's departure was not based on any principle.

Minister Gormley said he wished Ms McKenna well, but she is no longer a member of the party and she should get on with her own life.

He said the Greens would be mounting a vigorous campaign.

Speaking on RTÉ Radio, Green Party Senator Dan Boyle said Ms McKenna is ‘not a member of the Green Party’ and is ‘not able to talk about Green Party processes’ adding that she ‘left the party on the basis that she wasn't representative of Green Party thinking’. 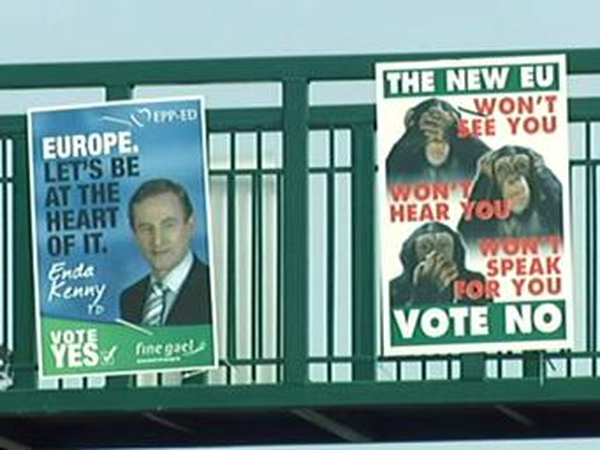