The victim of Saturday's fatal shooting in Dublin may have been attacked after confronting a group of men outside his parents' home.

Detectives believe Wayne Doherty was the victim of a row that he was not involved in.

The 32-year-old married father of two died in hospital yesterday.

He was shot outside his parents' home in Hartstown on Saturday night.

Gardaí say it appears that a group had arrived at Oakview Way to attack another person who lived on the road but shot and killed Mr Doherty when he confronted them.

It is not known how many people were in the two cars that pulled up across from Mr Doherty’s parents' house at 11.30pm on Saturday, but one man got out with a shotgun and fired twice.

Mr Doherty was hit in the body and died at 5.30am yesterday morning in Connolly Hospital Blanchardstown.

He is survived by his wife and two young children.

Detectives in Blanchardstown will continue to carry out house-to-house inquiries today on the Oakview estate.

They are appealing for witnesses and information and are following a number of lines of inquiry. 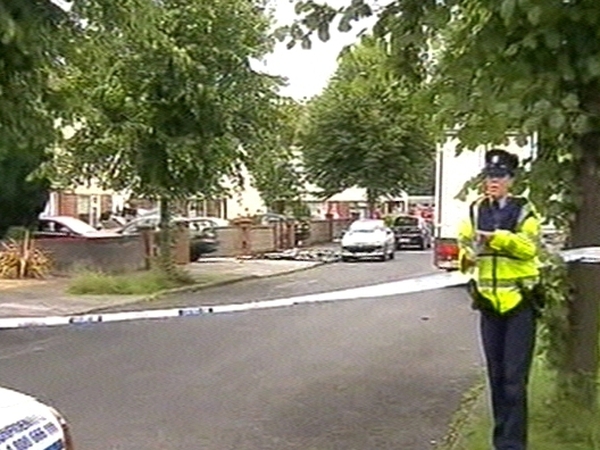