A range of new offences and new garda powers to tackle gang crime are contained in the newly published Criminal Justice Amendment Bill.

There has been strong criticism of the new legislation - the Irish Council for Civil Liberties said the measures were akin to those of a police state.

The legislation will enable any garda of any rank with the appropriate expertise to give opinion evidence against a suspected criminal gang member in the Special Criminal Court.

The bill defines a criminal gang as a group of at least three people whose main purpose or activity is serious crime.

The new law states a gang does not need rules, membership or roles for those in it, any hierarchical or leadership structure or continuity of involvement.

It creates a new offence of directing the activities of a criminal gang, which carries a sentence of up to life in prison.

Those who help criminal gangs also face up to 15 years in prison even if the gang never get to commit the crime they were helped with.

Minister Ahern said the legislation will be rushed through the Dáil. He hopes it will be on the statute books by Friday week.

He added: 'This is groundbreaking legislation we are publishing today. It is something we do not do lightly but we have a duty to protect our citizens and ensure the rule of law.

'We cannot tolerate a situation where citizens live in fear of crime gangs.

'This new legislation sends out a clear message to those involved in criminal gangs that we are taking you head on.'

Steve Collins, whose son Roy was murdered in a gangland shooting on 9 April, welcomed the decision of the Minister for Justice to introduce the new legislation. 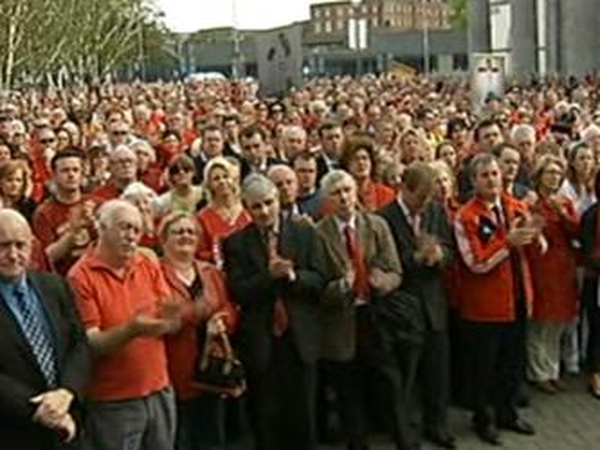