The leadership of the Ulster Volunteer Force and the Red Hand Commando have confirmed they have completed the process of putting all their weaponry irreversibly beyond use.

The announcement was made at a conference east Belfast this morning.

The UVF said its weapons were put beyond use in conjunction with the Independent International Commission on Decommissioning (IICD) and in the presence of independent international witnesses.

The UVF leadership today said: 'We have done so to further augment the establishment of accountable democratic governance in this region of the UK, to remove the pretext that loyalist weaponry is an obstacle to the development of our communities and to compound our legacy of integrity to the peace process.'

Elsewhere in Belfast, the UDA released a statement confirming it had decommissioned a portion of its arsenal and had started a process that would lead to the destruction of all its arms.

The UDA statement read: 'This is a courageous and unprecedented move that is part of a wider transition from conflict to peace.

'By carrying out this act we are helping to build a new and better Northern Ireland where conflict is a thing of the past.'

Minister for Foreign Affairs Micheál Martin welcomed the moves by the loyalist groups and said today was a landmark day in the peace process.

Minister Martin said: 'In recent years, loyalist organisations have been making effective progress towards conflict transformation, and today is an important landmark in this process.

'Northern Ireland has now moved closer to achieving the genuinely shared future for which many people have taken risks over the past decades.

'I wish to express the Government's appreciation to the loyalist leadership and all those who took crucial and courageous decisions to facilitate today's step forward.'

She said: 'This is a truly momentous day in the history of progressive loyalism.

'The decommissioning of all weapons by the UVF and RHC shows that peaceful, stable, inclusive democracy is the way forward for our country.'

Mr Kenny said all initiatives that facilitate making peace permanent in Northern Ireland must continue to be pursued.

British Secretary of State for Northern Ireland Shaun Woodward also welcomed the statements from the groups.

There has been speculation that General John de Chastelain may also issue a statement to confirm what has taken place.

Earlier this month, it emerged that the loyalist groups had taken moves to begin decommissioning all their weapons, as the IRA did four years ago. 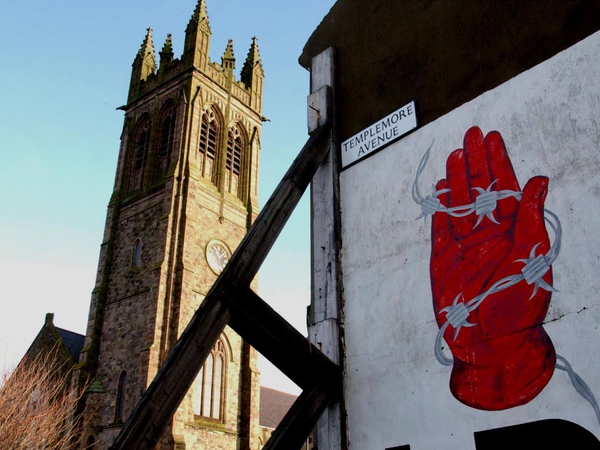