In a rare public statement, the Chief Justice has hit out at what he calls ‘unfair and misleading statements’ about judges' pay.

John Murray was responding to criticism, following the revelation that only 19 of the country's 148 judges have so far opted to make a voluntary contribution in lieu of the public-service pension-levy.

The Chief Justice said he expected a ‘strong and continuous participation’ by judges in the scheme.

Judges were excluded from the pension levy on legal advice but Chief Justice Murray set up a system where judges could make a voluntary contribution in place of the levy.

Justice Flood said it was a matter for individual members to decide whether to take a voluntary pay cut.

The Taoiseach said there is a reasonable expectation that in time the judiciary will co-operate with the initiative.

Speaking in Tullamore this morning, Mr Cowen praised the Chief Justice for his initiative but said the matter was strictly one for the judiciary themselves.

Speaking on RTÉ's Morning Ireland, Fine Gael justice spokesman Charlie Flanagan said it would be unjust to have an 'elite' that was treated differently.

Yesterday, Minister for Health Mary Harney told RTÉ's The Week in Politics that it was disappointing that only 19 judges had opted to take a pay cut.

However, Ms Harney said she believed that judges would respond and show solidarity with those losing their jobs and having to take wage reductions.

Mr Collins said it was 'simply not good enough' that judges' pay should be protected by the Constitution.

He claimed that 'this group of elite untouchables' should have their pay dealt with in the same way as senior civil servants.

The Courts Service said judges have until the end of the fiscal year to take a pay cut. 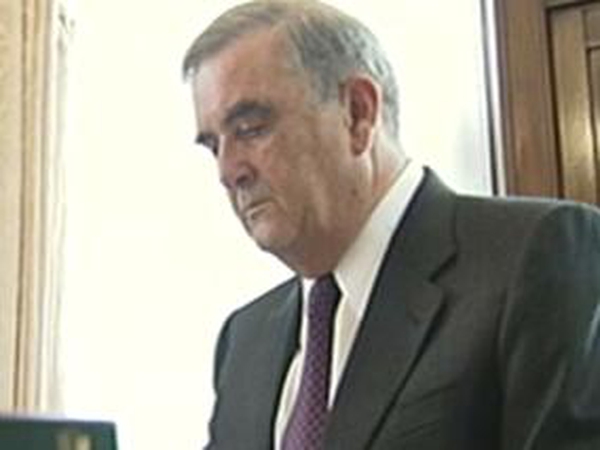