Thousands of people clashed with police after the disputed election victory of President Mahmoud Ahmadinejad sparked the biggest protests in Tehran since the 1979 Islamic revolution.

Thousands of Mousavi supporters took part in the protests.

Interior Minister Sadeq Mahsouli declared the president had been re-elected to a second four-year term with 62.6% of the vote, against 33.7% for Mr Mousavi, in a record 85% turnout.

Mr Mousavi protested against what he called violations and vote-rigging during the election - allegations rejected by interior ministry officials.

He also said members of his election headquarters had been beaten ‘with batons, wooden sticks and electrical rods’.

In one incident police on motorcycles beat Mousavi backers who were staging a sit-in protest at the capital's Vanak square.

At Tehran University, some 100 police with helmets and shields used tear and pepper gas as they chased 300-400 students. Shops in the area were closed and small fires were burning on the street.

Mr Ahmadinejad, in a televised address to the nation, said the election had been free and healthy.

Saying that ‘people voted for my policies,’ he said ‘everybody should respect people's votes.’ 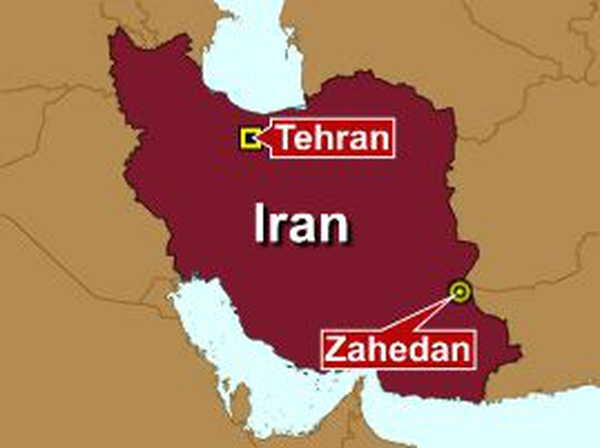