Declan Ganley has conceded that he will not take a seat in the North West constituency and will now 'bow out of political life'.

For the latest news go to the
Election Tracker

Arriving at the count centre in Castlebar this evening, Mr Ganley said he accepted that people had not given him a mandate to represent them in the European Parliament.

He also stated he would play no part in the second Lisbon referendum, saying it remained to be seen whether Libertas as an organisation would be involved.

'The people of Ireland North West, I applied to them for a job. I didn't pass the application.'

Last night, the Libertas leader had requested a recheck of ballots in the North West amid concerns that some of its votes may have been inadvertently allocated to other candidates.

However, that recheck found that Mr Ganley had been awarded 3,000 extra votes in error.

The 3,000 votes - for Independent candidate Fiachra O'Luain - were found in the Libertas bundles and Mr O'Luain's first count total has now been revised upwards accordingly.

Mr O'Luain said he is now asking gardaí in Castlebar to investigate how his votes ended up in Mr Ganley's bundles.

The three seats in the constituency are now expected to go to Fianna Fáil's Pat the Cope Gallagher, Fine Gael's Jim Higgins and to the Independent candidate Marian Harkin.

Labour's Susan O'Keeffe and Fine Gael's Joe O'Reilly were eliminated on the second and third count.

Fianna Fail's Paschal Mooney was eliminated after the fourth count.

The counting of votes is expected to go through the night.

Counting of votes has concluded in the South constituency.

Earlier this evening, outgoing Independent MEP Kathy Sinnott conceded that she could not defeat Mr Kelly in the battle for the final seat.

Sinn Féin's Toiréasa Ferris was eliminated after the seventh count this afternoon.

In the East, Fianna Fáil's Liam Aylward and Labour's Nessa Childers were elected without reaching the quota this afternoon.

All three seats in the Dublin constituency have been filled with Fine Gael's Gay Mitchell, Labour's Proinsias De Rossa and the Socialist Party's Joe Higgins being elected.

Mr Higgins was elected to the Dublin constituency on the seventh count at around 5.15am this morning.

Fianna Fáil's Eoin Ryan received 5,426 transfers, but it was not enough to give him the seat.

Afterwards he said he was disappointed to lose his seat as an MEP having served Dublin for 25 years.

He said the time he served in politics was a fantastic honour.

Joe Higgins said that he would serve the needs of ordinary people in the EU; he said his appointment was bad news for corporate Europe and the big business culture.

His mother Ellen said she was proud of her son who she said was ‘very good’.

Just before 4am this morning, outgoing Mr De Rossa was re-elected, taking the second seat in the three-seater Dublin constituency.

The Green Party’s Déirdre De Búrca had called for a re-check but withdrew her request before the process was completed.

Ms De Búrca said halfway through the process it was evident that she would not gain enough additional votes to allow her claim a portion of her election expenses.

She said she decided to abandon the re-check in the interest of getting the count finished before morning. 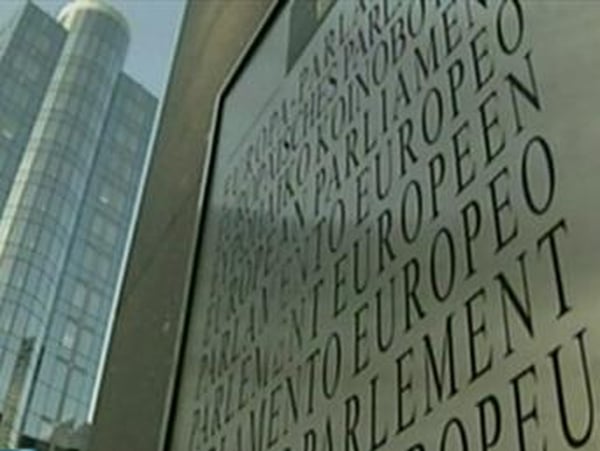