Fine Gael leader Enda Kenny has said his party has no intention of negotiating a partnership with Sinn Féin.

In an article published in today's Mail on Sunday newspaper, Fine Gael's Director of Elections Frank Flannery said his party would consider entering Government with Sinn Féin if the situation arose.

Fianna Fáil said it was astounded by the comments and that 'it proves Fine Gael would do anything to get into power'.

Minister for Justice Dermot Ahern said he found it 'stomach-churning' that a party which considers itself as the law and order party would consider such a move.

But in a statement this afternoon, Fine Gael leader Enda Kenny said Mr Flannery's personal opinion was not party policy.

Mr Kenny stressed that Fine Gael's position has not changed, and it has no intention of negotiating on a partnership with Sinn Féin.

With less than a week to go before the elections, a poll in this morning's Sunday Business Post indicates a further fall in support for Fianna Fáil.

For more on the elections visit RTÉ.ie/elections

The poll carried out by Red C shows the party down three points to 21% - half the level of support recorded for the party ahead of the 2007 general election.

Fine Gael and Labour are unchanged at 34% and 18% respectively.

The slide in support for the Green Party suggested in the last Red C poll has continued, with 4% of those surveyed saying they would give the party a first preference vote, a decline of 1%.

Sinn Féin is up three at 10% and Independents and others are up one at 13%.

The poll, which was taken on Monday, Tuesday and Wednesday, asked 1,000 voters what their preferences would be in a general election.

Voters go to the polls on Friday to cast ballots in European elections, local elections, and two bye-elections - in Dublin Central and Dublin South. 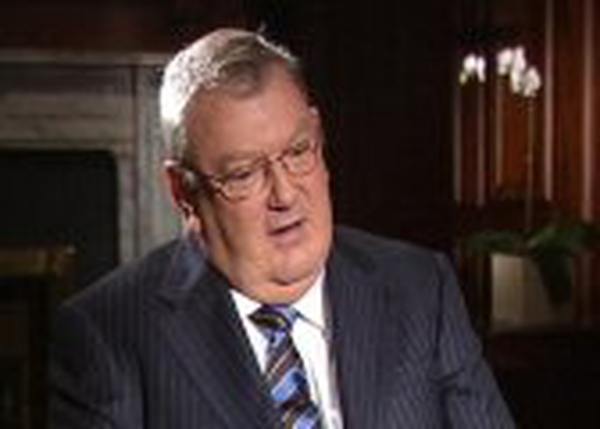 Dunne may run in European elections