The Government is encouraging anyone who has information about child abuse in Catholic institutions to come forward to gardaí.

Minister for Justice Dermot Ahern stressed that the more evidence provided, the greater the chances of securing convictions.

However, he acknowledged that there would be difficulties in proving offences from a long time ago.

He said witnesses could come forward in complete confidence and should contact the office of the Garda Assistant Commissioner appointed to examine the Ryan Report.

Gardaí say the phone line will be manned during office hours on Monday to Friday.

Information can also be given to any Garda Station or the Garda National Confidential Line on 1800 666 111.

The Dáil has unanimously passed an all-party motion calling on the Congregations to make further substantial contributions by way of reparation to the victims of institutional abuse.

It called on the congregations to make further substantial contributions, including to a trust set up and managed by the State for the support of victims and to other education and welfare purposes.

The motion also apologises to the victims of abuse for the failure to intervene, and says support for them must be the priority for all concerned.

A full two-day debate on the Report of the Commission on Child Abuse will be held when the Dáil returns after next week's local and European elections.

Minister for Health Mary Harney, who was taking the Order of Business for the Government, told the Dáil she did not want to pre-empt the outcome of discussions with the congregations.

However she added that the Taoiseach would be taking a 'robust' approach in those talks.

Meanwhile, Labour's Joan Burton has called on the Government to verify if the Ryan Commission was planning to destroy documents it gathered in its compilation of the report on institutional abuse.

She said such an outcome would be an appalling insult to the victims of abuse.

President Mary McAleese believes people should face prosecutions as a result of the Ryan Report into child abuse.

Mrs McAleese was speaking in Boston on the final leg of an official visit to the US state of Massachusetts. She has been meeting Irish communities and promoting Irish industry and tourism.

Her visit also coincided with a considerable amount of publicity in US media on the fall-out from the Ryan Report.

In an interview with RTÉ News, the President said the report showed a catalogue of criminal offences, and that people who committed these awful crimes against innocent children should face prosecution.

Prosecution might not bring closure, but it would bring justice, she added. 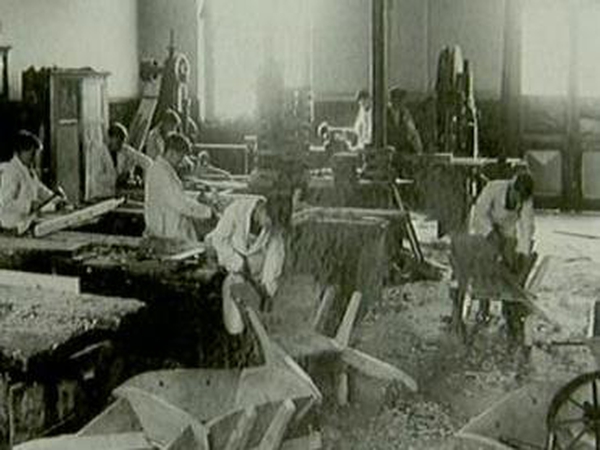