The Irish Prison Service has said it has broken off negotiations with the consortium chosen to provide the prison facility at Thornton Hall.

The Léargas consortium was the preferred bidder in the competition to design, build, maintain and finance the facility in north Dublin.

The prison service said that following an evaluation of a final financial offer from Léargas, it was deemed to be not affordable.

The Department of Justice has confirmed this.

Minister for Justice Dermot Ahern said the Government remained committed to the development and that in the short to medium term, an additional 400 prison spaces will be sought this summer.

Thornton Hall was supposed to be built under a public private partnership on a greenfield site in purchased by the Government for €29m.

Since then, €1.3m has been spent on developing alternative access to the site.

A further €10.3m has been spent on land surveys, landscaping and other development works.

The €400m facility was to house 2,200 inmates and replace Mountjoy Prison, the Dochas Centre and St Patrick's Institution.

In a statement this evening, Léargas said it was extremely disappointed by the Government's decision.

Labour has said the decision to end negotiations with Léargas raises 'very serious questions' about the viability of the entire project.

Justice spokesperson Pat Rabbitte said it also illustrates what he called 'the shocking waste of taxpayers' money by the Government'.

The Irish Penal Reform Trust called on the Government to use the problem as an opportunity to re-examine its plans to expand prison capacity.

It said funding should instead be diverted into alternative rehabilitation programmes. 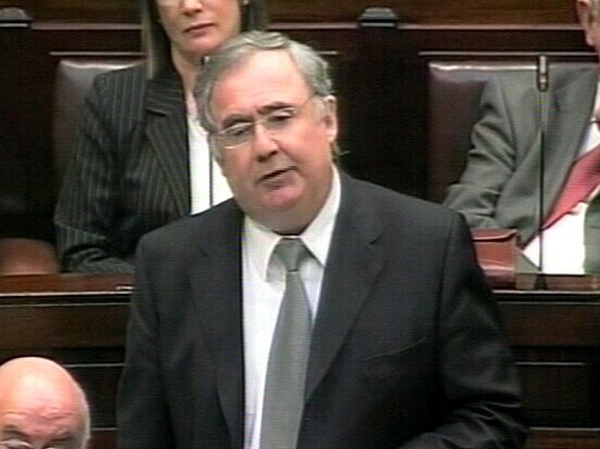