The Taoiseach has said the Programme for Government will be reviewed after the local and European elections, but in the meantime it remains part of the business of Government.

Brian Cowen made his comments this afternoon in Shannon, Co Clare, where he was canvassing with candidates in the local and European elections.

He said during the course of elections, a number of proposals are put forward, and he has no problem dealing with a review if it is requested.

The Taoiseach said he meets Green Party leader John Gormley 'practically every day' and in particular before each Cabinet meeting, but the Greens had not specifically asked to meet him over concerns about the Programme for Government.

He also said he does not believe his own position as Taoiseach and leader of Fianna Fáil is in jeopardy given the polls showing a slump in support for the party.

He said he there are no circumstances in which his resignation would be required, and he intends leading the country out of the difficult economic circumstances it finds itself in at present.

Mr Cowen said he believes people recognise that the Government is pursuing the right policies to get the country out of its difficulties, and they would postpone that recovery if they did not pursue those policies.

Meanwhile, Labour leader Eamon Gilmore said the Government parties appear determined to defy the people by clinging on to power even though voters want them out of office.

He said a Government with an approval rating of 10% simply does not have the political or moral authority to govern.

Speaking at a photocall with his party's candidate in the Dublin South bye-election, Senator Alex White, Mr Gilmore said they were fighting the bye-election to win.

He insisted that the elections were about which party could provide a real alternative to the current Government, either another conservative party in Fine Gael, or something new in what Labour was offering.

Mr Gilmore said he was pleased with recent opinion polls which showed Labour support consolidating around 20% - double what it got in the last election. 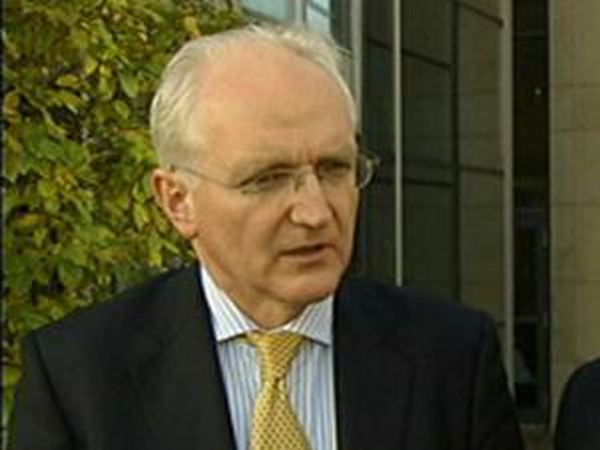