The Chief Medical Officer at the Department of Health has warned people not to be complacent about swine flu.

Dr Tony Holohan comments come in spite of the fact that there is only one confirmed case and no further probable cases in Ireland.

He said influnza A(H1N1) is a new virus, against which there is no pre-existing immunity in the population.

Dr Holohan also drew attention to a booklet prepared by Forfás and the Department of Enterprise Trade and Employment giving advice to the business community about responding to an influenza pandemic.

He advised that when cases occur, even when they are mild, people should absent themselves from the workplace.

He said there could still be significant numbers of cases and the level of absenteeism from schools and workplaces could be significant.

Businesses to re-open in Mexico

The Mexican government has announced that business life will return to normal on Wednesday after a five-day shutdown due to the fatal flu spread.

The news comes as health officials in the country, believed to be the epicentre of the outbreak, said the number of new swine flu cases appeared to be on the decline.

'(We will) resume, as planned, activities in the public and private sector on May 6 with recommendations on matters of health and hygiene at the work place,' Health Minister Jose Angel Cordova said.

Elsewhere, the number of confirmed swine flu cases in Spain has risen to 54 from 44 yesterday.

However, only 11 of the infected people are in hospital.

Of the 54 confirmed cases, four involved people who had not been to Mexico.

Another 60 people are undergoing tests for suspected cases of the disease.

The 16-year-old girl and an 11-year-old boy had returned recently from Mexico, as had the other two patients.

Meanwhile, Portugal has confirmed its first case of the disease.

WHO - No plans to increase alert level

The World Health Organisation warns countries must not lower their guard in the response to the threat.

However, UN Secretary General Ban Ki Moon said the WHO has no plan to raise the flu pandemic alert to level six, the top level.

Addressing the UN Assembly, he said the world should not allow intense media coverage to cause alarm, but a false sense of security should be avoided if such coverage declines.

He said nations should listen to the WHO, which continues to warn that a pandemic is still possible.

WHO chief Margaret Chan said the number of flu cases stands at 1,085 from 21 countries.

However, Ms Chan said there was ‘no indication that we are facing a situation similar to that in 1918,’ when a flu pandemic killed tens of millions of people. 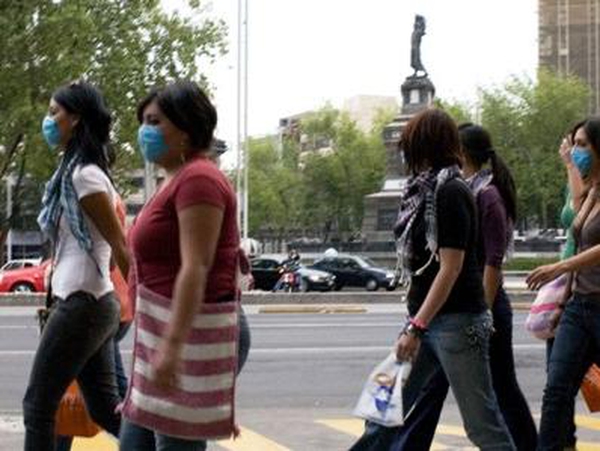