Dublin Bus services across 19 routes could face severe disruption tomorrow as a result of an unofficial work stoppage by drivers at the company's Harristown depot.

The action began this morning when drivers stopped work in sympathy with another driver on the 128 route, who was suspended for refusing to work a new schedule.

Unions had accepted Labour Court recommendations on the company's €31m cost cutting measures that included reducing the fleet by 120 buses.

The drivers are unhappy at new schedules which the Labour Court had recommended should come into effect today.

It is believed the dispute stemmed from unhappiness among drivers with the new schedule on the 128 route.

There will also be disruption to ten routes partly serviced by drivers and buses from the Harristown depot.

Workers at the depot refused to give interviews on the matter this afternoon.

However, it is understood they stopped work in solidarity with the suspended driver.

They claim that while the broad proposals had been accepted by unions over a week ago, the working arrangements for drivers on each of the routes affected by the cuts had to be worked out locally before today's deadline for implementation of the cuts.

They said agreement had been reached on all but one of the routes due to be cut from today.

And when the first driver turned up to work that 128 route this morning, he refused to operate the new schedule and was suspended, prompting the action by the other drivers at the depot.

Dublin Bus says the Labour Court agreement included an arrangement, where if agreement hadn't been reached on how drivers on each route were to be affected before today's deadline, the cut was to go ahead anyway, and the arrangements negotiated later.

However, the workers claim today's deadline for the commencement of the cuts was set in one of the earlier sets of proposals that was subsequently rejected.

As a result, they said, the deadline for implementing all the cuts from today was unrealistic.

They said they had asked management to delay the cuts on the 128 route until the 10 May, but this was rejected. They say they also offered to continue talks on the 128 route through this weekend, but claim this offer was also rejected by management.

They also claim they remain available for talks. 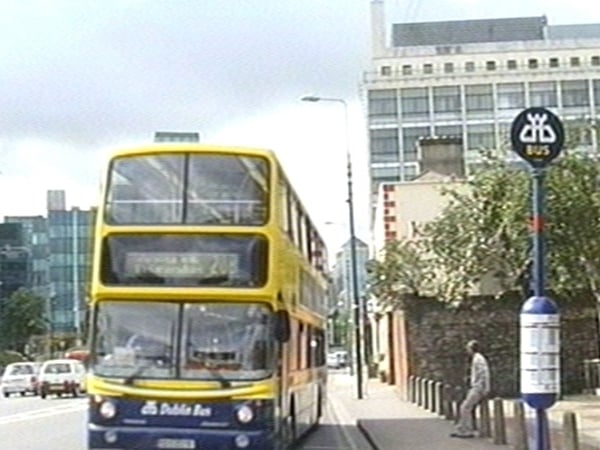