An 18-year-old charged with dangerous driving causing serious harm to Garda Robert McCallion is to be released on bail.

Jamie McGrenaghan of Gortnacraw, Kerrykeel, Fanad, Co Donegal had been granted bail by the High Court in Dublin on Monday.

The terms of bail include his own surety of €100 and an independent surety of €4,000 by his mother.

Mr McGrenaghan must live at home, attend school daily, and observe a curfew between 10pm and 8am.

He must also sign on daily at Milford Garda Station, remain sober at all times, refrain from contacting his co-accused Cathal Dunleavy and undertake not to apply for a passport.

Judge Kevin Kilraine reviewed the conditions of bail and heard evidence from Mr McGrenaghan’s mother that she had €4,000 in court.

He expressed his sympathy and the sympathy of the people of Ireland for the family of Garda McCallion who died yesterday, almost two weeks after the incident in which he was critically injured.

The charges against Mr McGrenaghan relate to 26 March last when he is accused of dangerous driving causing serious bodily harm to Garda McCallion at Tara Court Letterkenny, and of stealing a car at the same place.

Cathal Duleavy, 19, of Meentagh, Glenvar, Kerrykeel is also charged with taking a car at Tara Court and he is in custody at St Patrick’s Institution.

Both have been remanded to appear at Harristown District Court on 17 April. 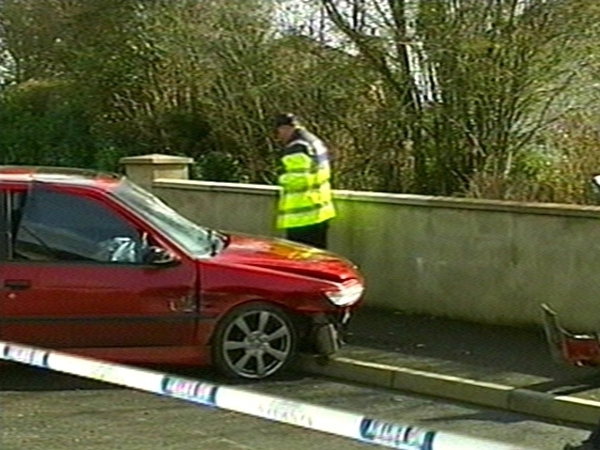 Garda critical after being knocked down