Former Iraqi commander and Saddam Hussein's cousin Ali Hassan al-Majeed has been given his third death sentence by an Iraqi court.

The latest death sentence for the man dubbed 'Chemical Ali' is linked to his involvement in the killing and displacement of Shia Muslims in 1999.

Ali Hassan al-Majeed, who earned notoriety for his role in using poison gas to kill thousands of Kurdish villagers, was condemned to death for ‘premeditated killing as a crime against humanity’ and displacing civilians in raids on their homes.

His previous sentences were for masterminding a genocidal campaign against Kurds in the 1980s and killing thousands of Shias in a crackdown on their uprising after the 1991 Gulf War. His execution, however, has been held up by political wrangling.

In the latest case, the Iraqi military were ordered into Shia areas, mainly in Baghdad, to prevent demonstrations after the assassination of revered Shia cleric Mohammed Mohammed Sadeq al-Sadr.

Of the 14 defendants in the case, two others besides ‘Chemical Ali’ were sentenced to death and four were jailed for life, including Abed Hamid Mahmoud, who was Saddam's personal secretary at the time.

The court acquitted former Deputy Prime Minister Tareq Aziz, who is also facing another trial for his alleged involvement in executing dozens of merchants accused of breaking state price controls in 1992.

The Iraqi High Tribunal was set up in 2003, after the US invasion, to try former members of Saddam's government and was the same one that sentenced the former dictator to death. 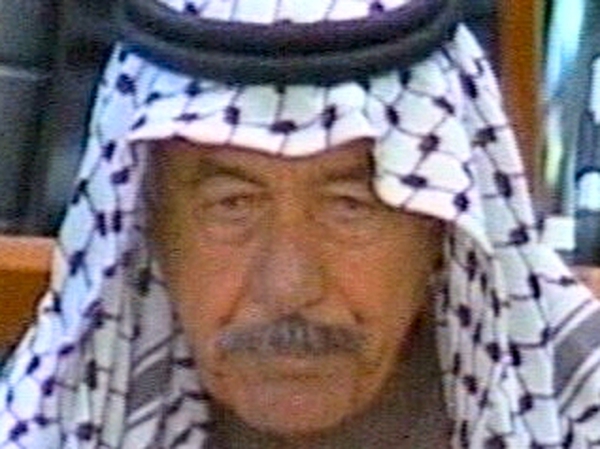