The Taoiseach has promised to tighten referendum spending rules before the second vote on the Lisbon Treaty.

Brian Cowen told delegates at the Fianna Fáil Ard Dheis that he wants the change in place before the next referendum so that no individual will be able to distort a campaign through large scale personal fortunes.

He said that he will only proceed with another referendum on the Lisbon Treaty when the work to give effect to guarantees on neutrality, taxation and ethical issues is completed.

In a statement Mr Ganley accused Mr Cowen of making what he called 'snide innuendo'.

He said Libertas had complied fully with the funding legislation.

He said he wanted more party fundraising to be based on small donors.

Asked about today's disappointing poll, Mr Cowen said these are challenging times and governments around the world are not exactly flavour of the month at the moment.

Speaking as he arrived at the Ard Fheis, he said he would focus on the job at hand.

Read the full text of his speech.

This is Mr Cowen's first Ard Fheis as Fianna Fáil party leader, and the stakes could not be much higher.

The Ard Fheis comes at a crucial time for the party, with just 14 weeks to go to the local and European elections.

Amid gathering economic gloom and disastrous opinion polls, he needs to motivate his troops, who are facing into what will be extremely difficult task at the start of June.

Mr Cowen must use his televised address tomorrow evening to convince the wider public that he is the man to lead the country out of the current economic mess.

In his forward to the Ard Fheis Clár, the Taoiseach says all his predecessors faced challenges and all realised their greatest strength was the unwavering support of party members.

Just how unwavering that support is may be indicated in this weekend's debates.

This evening's proceedings will focus on party organisation, with a number of motions critical of more centralised control over the selection of local election candidates.

Click here for information on RTÉ's coverage of the Ard Fheis 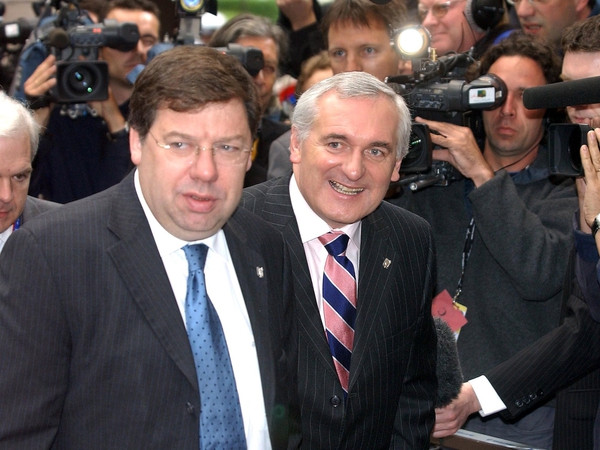