Hillary Clinton has arrived in Japan at the start of an Asian tour expected to focus on the global economic crisis and security issues.

Her tour - taking in Indonesia, South Korea and China - is her first overseas visit as US Secretary of State.

It is the first time Asia has been the initial trip for a US secretary of state since the 1960s.

Secretary Clinton's seven-day trip is part of a long-term US strategy to deal with the shifting global power structures between West and East.

She says she is keen to build engagement with Asian leaders.

Talks are expected to focus on the economic crisis, climate change and the North Korean nuclear issue.

It is also thought that she will focus on international challenges such as the conflict in Afghanistan and Pakistan, and preventing nuclear proliferation, in her discussions with leaders.

Japan has greeted Secretary Clinton's visit as a sign that the administration of new President Barack Obama will maintain strong ties with the oldest US regional ally, despite China's ascendancy as a geopolitical and economic power.

‘We will discuss how to handle the global economic crisis, the North Korean issue, the Afghanistan issue and other issues faced by the international community and the region,’ government spokesman Takeo Kawamura said.

‘We will discuss ways to strengthen the Japan-US alliance. I think we will also strengthen our cooperation between Japan and the United States on the issue of North Korea,’ he said.

US and South Korean officials say the North is preparing to test-launch its longest-range missile, the Taepodong-2, which could theoretically reach Alaska.

Secretary Clinton said in Washington that the US would build a strong relationship with the communist regime if it scraps its nuclear programme, which alarmed the world in 2006 with a nuclear test. 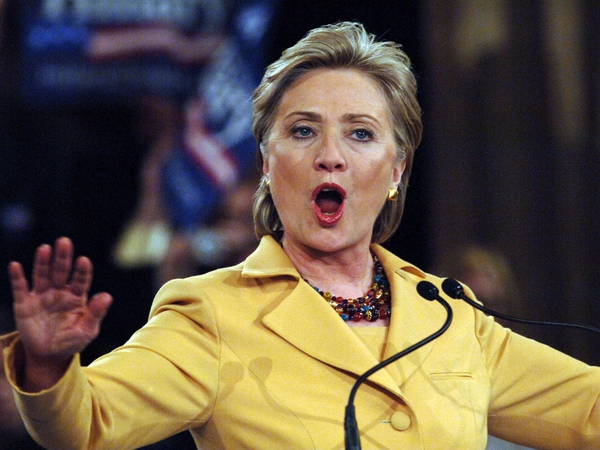 Clinton loans $5m to own campaign