The trial of Ted Cunningham has heard that he told gardaí he knew bags of sterling being delivered to him had come from the Northern Bank robbery.

The Circuit Criminal Court in Cork was told that the the 60-year-old money lender had told gardaí he had come up with a plan to launder it.

The trial also heard that Mr Cunningham told gardaí the former chairman of Bank of Scotland Ireland, Phil Flynn, was the boss behind everything.

He said he had several conversations with Mr Flynn about the money.

This morning the jury was given an account of an interview by detectives with Ted Cunningham which Mr Cunningham had requested would not be video taped.

Detective Chief Superintendent Tony Quilter, who was in charge of the investigation, said Ted Cunningham told him he could tell him how he got the £2.3m which was seized from Mr Cunningham's home two days earlier.

Tony Quilter said Ted Cunningham told him that he collected the money in four lots between mid-January and mid-February 2005 from a man he didn't know driving a Northern-registered car.

He said Ted Cunningham said he knew when he saw the money where it had come from and that it was confirmed to him that it was from the Northern Bank robbery and not to worry.

He said Ted Cunningham told him during the interview that Phil Flynn, the former Chairman of Bank of Scotland Ireland and a director of Mr Cunningham's company Chesterton Finance, was the boss behind everything.

He said he rang Mr Flynn the day his house was searched by gardai and told him the ‘bad money’ which could be traced through serial numbers was gone but that the other money was in the house.

During cross-examination this afternoon, Detective Chief Superintendent Tony Quilter said he denied absolutely that he had threatened to leak to the media that Ted Cunningham had named IRA names during questioning and that he would get a bullet in the head for this. 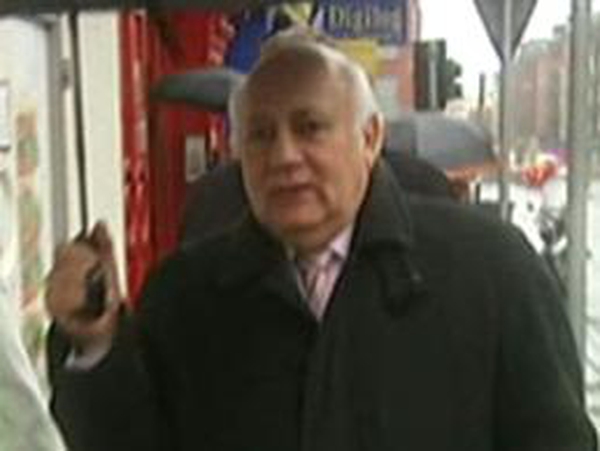 Jury sworn in for laundering trial