President Mary McAleese has been welcomed at a Church of Ireland centre near the so-called Peace Line separating the Falls Road and the Shankill Road in West Belfast.

It is the first time that the President has attended a function in this area.

Building bridges was a role identified by Mary McAleese when she was elected President in 1997.

This afternoon, with a discreet PSNI escort, she was driven along the Shankill Road, past loyalist paramilitary murals, to Saint Luke's Church of Ireland building.

Beyond it is the huge metal gate leading to the nationalist Falls Road, which is closed each night and is one of Belfast's so-called Peace Lines.

Two years ago, after unionist politicians took offence after President McAleese's comments at a Holocaust commemoration ceremony, a proposed visit by the President to a school in the Shankill area was cancelled.

But this afternoon President McAleese was welcomed by loyalist communities as she heard about their hopes to establish a cross-community centre in the area. 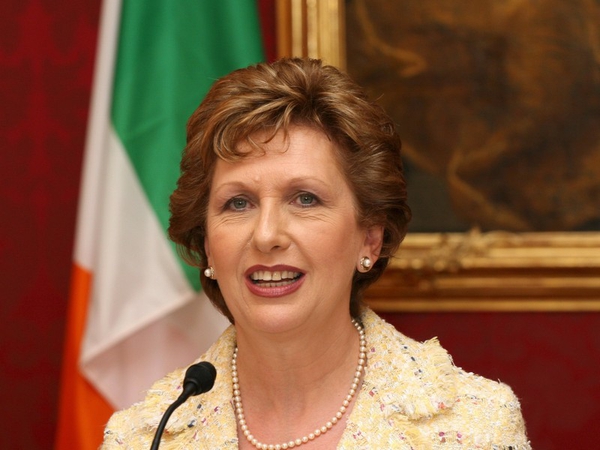