The European Commission has said little or no gas is flowing from Russia through Ukraine to Europe.

The agreement between Russia and Ukraine designed to facilitate resumption of gas supplies appears to have broken down.

Russia's Gazprom said this morning it had resumed gas flows to Ukraine for transit, but that they were being blocked there.

Gazprom deputy chief executive Alexander Medvedev said 'Ukraine has blocked all our efforts for transit of gas to Europe ... In these circumstances, we physically can't carry out transit of gas through Ukraine's territory.'

Ukraine admitted blocking the gas but said it was Gazprom's fault for imposing 'unacceptable' conditions for its transit to European customers.

In a further setback, the commission said its energy monitors had not been given access to all distribution points in Russia and Ukraine to check on the transfers.

The commission's energy spokesman said that EU monitors were in place at a number of observation points to monitor proceedings but they were not being allowed access to control rooms at the dispatching centres.

Ukraine's Prime Minister Yulia Timoshenko was in the parliament in Kyiv where the gas crisis was discussed this morning.

There were calls for the resignation of her government, but the debate focussed primarily on the need for a broader agreement with Moscow.

Fuel & Energy Minister Yury Prodan said it would be difficult to overcome the crisis if dialogue between Ukraine and the Russian Federation concerned only energy matters.

Russia had resumed pumping gas to Europe through Ukraine this morning for the first time since a contract dispute halted supplies to many European countries nearly a week ago.

Czech Industry Minister Martin Riman said 'The dispute at the beginning of the crisis is still unresolved. If the Ukrainians and the Russians remain entrenched in their positions, this could be again reflected on the European scale.'

The gas flow at Russia's Sudzha pumping station near the border with Ukraine was opened soon after 10am (7am Irish time)..

Moscow is still not supplying gas for Ukraine itself because of their contract dispute, and Russian officials said differences with Kiev over how to ensure transit to Europe could still create problems.

Europe depends on Russia for a quarter of its gas supplies and most of those volumes are shipped though Ukraine.

The disruption, which saw factories shut for lack of fuel, has dented the reputation of both Moscow and Kyiv as energy sources and prompted a search for new supply routes.

Russia cut off gas to Ukraine itself on 1 January after failing to reach agreement with Kiev on gas fees. A week later it halted transit flows too, saying Ukraine was stealing gas intended for Europe. Kyiv accused Moscow of using energy blackmail.

The resumption came after an EU-brokered deal to deploy international monitors to strategic points along the pipeline route to reassure Russia that Ukraine was not siphoning off transit gas.

Some 18 European countries suffered disruptions to their gas supplies. Eastern Europe and the Balkans bore the brunt of the problems.

Bulgaria said it would ask the EU to provide €400m in aid to help ease its dependence on Russia, its sole gas supplier, by expanding storage and building pipeline links to Greece and Romania.

Bulgaria, like Slovakia, said it might be forced to restart a nuclear reactor to produce enough electricity.

The gas row marks yet another power-play between Moscow and Kiyiv, whose relations have been strained since Ukraine elected pro-Western leaders after the Orange revolution in 2004 and applied to join NATO.

Analysts say Russia, though it insists it was not to blame for the disruption, has suffered damage to its standing in Europe, its most lucrative gas market and biggest trading partner.

'Moscow seems to have managed to secure the safe transit of Russian gas to Europe. Yet this is a Pyrrhic victory for Russia,' Russia's state-controlled VTB bank said in a research note. 'Russia's image as a reliable energy supplier is hurt.'

Western diplomats say Ukraine's reputation has suffered too, and the economic impact could be even worse.

Ukraine is likely to struggle to absorb those costs as its economy - based on steel and chemical exports - has been hit hard by the global slowdown and its hryvnia currency has experienced sharp falls.

Ukraine has said it has ample stockpiles of gas but it has restricted supplies to some industrial customers, a measure that could compound economic problems. 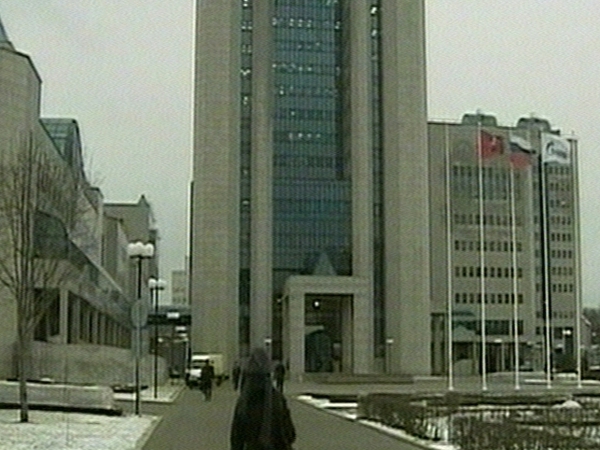