New economic and budgetary forecasts published tonight show that the Government is looking for an extra €2bn in spending cuts during this year.

It said these savings are additional to those it had already outlined in Budget 2009.

The Government also confirmed that it expected the economy to shrink by a record 4% this year, and by another 1% in 2010, before returning to growth.

In a document submitted under the EU's stability programme, the Government acknowledged that the outlook for the public finances would be more difficult as a result of the dramatic deterioration in the economy in recent months.

It said restoring order to the public finances could be done only over a five-year period, as taking action over a shorter period would impose substantial economic and social costs.

The Government plans to eliminate the current budget deficit by 2013, and to also bring its deficit to below the EU limit of 3% of total economic output by the same year.

The current budget deficit this year, even after the new cuts, will be more than €9bn, which is almost double the Budget estimate.

The Government says it will achieve these aims by reducing public spending and 'adjusting tax levels to reflect the changed realities'. But it says it will keep investment in infrastructure at a high level.

The document says further spending cuts in the five-year period will bring total savings to €16bn. Cuts of €4bn are also planned in each of the next two years.

The report also shows that the Government is expecting the tax take this year to fall by another 9% to €37bn, while the Exchequer deficit will be almost €18bn, more than €4.5bn more than was forecast at Budget time.

Under EU measures, the deficit will be almost 10% of output. 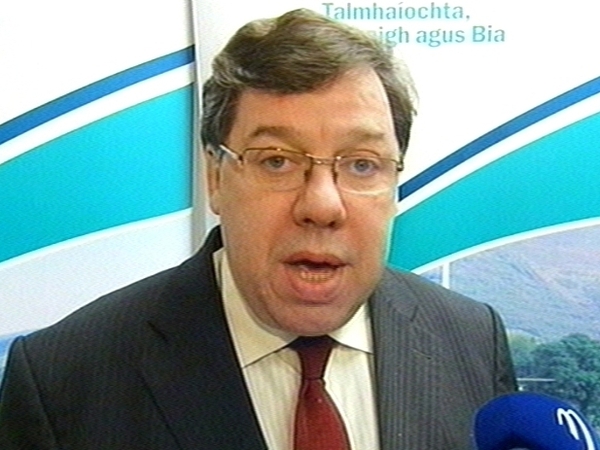