A senior EU military officer has said that he would regret if Ireland pushed for an opt-out from EU Defence Policy in a new referendum on the Lisbon Treaty.

General Henri Bentégeat, chairman of the EU Military Committee, said Europe's military operations are designed to prevent crises, or exist in support of peace or peacekeeping.

Mr Bentégeat said Ireland had played its part in these missions and it would be a considerable loss if this country opted out.

Commenting on voters concerns over conscription, the general said there is absolutely no reason to believe that conscription to a European army would ever happen.

He said compulsory enlistment is on its way out, with only ten of the 27 EU countries now having conscription.

General Bentégeat said it is out of the question that there will ever be a European army.

He stated that national armies would act together, but they would never be merged.

The General paid tribute to the proficiency of the Defence Forces and particularly their role as peacekeepers in Chad.

Lt Gen Pat Nash, the head of the Chad mission, came in for special praise in his role as operational commander.

General Bentégeat laid a wreath at the Royal Hospital in Kilmainham in memory of 85 members of the Defence Forces who have died in action.

He was accompanied by the Chief of Staff, Lt Gen Dermot Earley.

The French general is in Ireland to familiarise himself with the capabilities and organisation of the Defence Forces.

Nearly 500 Irish soldiers are currently serving on EU missions in Chad and Bosnia. 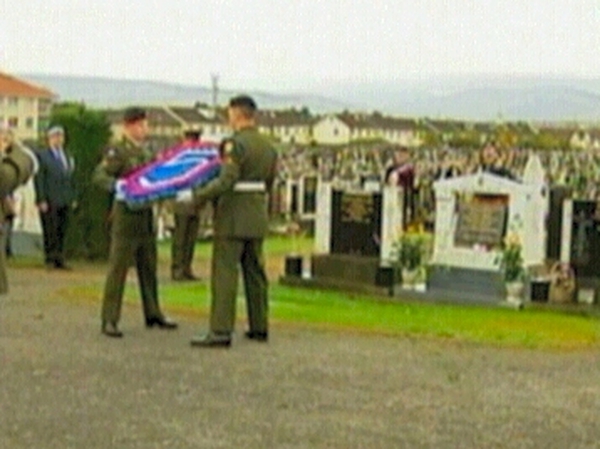