A public appeal for help in catching the killers of rugby player Shane Geoghegan has received an 'exceptional' response.

Family and friends of the 28-year-old made the appeal on last night's Crimecall programme, which was broadcast on RTÉ One.

The 28-year-old was shot in an apparent case of mistaken identity near his home in Dooradoyle, Co Limerick, on 9 November.

Watch the appeal and reconstruction here.

Mr Geoghegan's mother, Mary, asked 'anyone who knows anything at all' to come forward.

'Please help us out here,' she said.

Mr Geoghegan's girlfriend Jenna Barry said: 'One of the bad days was actually the day that he got buried and he would’ve always been there to support me and he wasn’t.

Mr Geoghegan's brother, a work colleague and a member of Garryowen Rugby Club also participated in the appeal.

'Shane was doing what he did a thousand times. He wasn’t in the wrong place at the wrong time. He was in the right place. He was walking home on Saturday night, one hundred metres across the road. It’s his life was interrupted,' cousin Garret Walsh said.

A Crimecall spokesperson said: 'The programme had an exceptional response. The amount of calls was significantly up for previous programmes.' 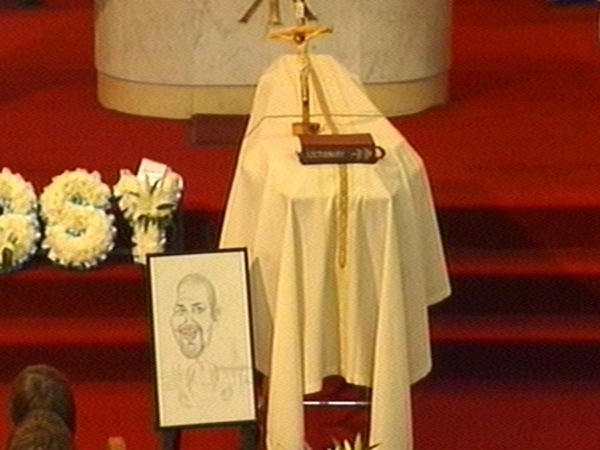