The DUP and Sinn Féin have confirmed that Northern Ireland's power-sharing executive will resume its normal working on Thursday.

At a news conference this afternoon, the First Minister Peter Robinson and Deputy First Minister Martin McGuiness gave details of how they resolved their row over justice and policing matters.

Mr Cowen said it is of great importance that devolution proceeds as its successful completion will be the final piece of the jigsaw of the peace process.

The DUP and Sinn Féin also confirmed they hope to appoint barrister John Larkin as Northern Ireland's Attorney General in the new structures.

He is a Catholic who was educated at a Christian Brothers grammar school on the Glen Road.

He once held the Reid Professor of Law job at Trinity College, a role once filled by Mary McAleese.

In recent years he has represented the DUP in a number of high profile cases in Belfast.

The deal reached by Sinn Féin and the DUP has no deadline for the completion of the transfer of justice and policing responsibilities from Westminster to Stormont.

But a date between April and October next year is thought realistic.

Pressure from the general public is thought to have played a significant part in persuading the DUP and Sinn Féin that it was time to end their 22-week stand-off.

Gerry Adams is believed to have got a sense of how Stormont's stalemate was being viewed internationally when he visited the US on a Sinn Féin fundraising tour last week.

Mr Robinson is said to have got the got the message from his own Assembly backbenchers that they wanted the Stormont institutions up and running again.

It is considered significant that, for the first time since June, Sinn Féin and the DUP will have worked out their row without a major input from the two governments. 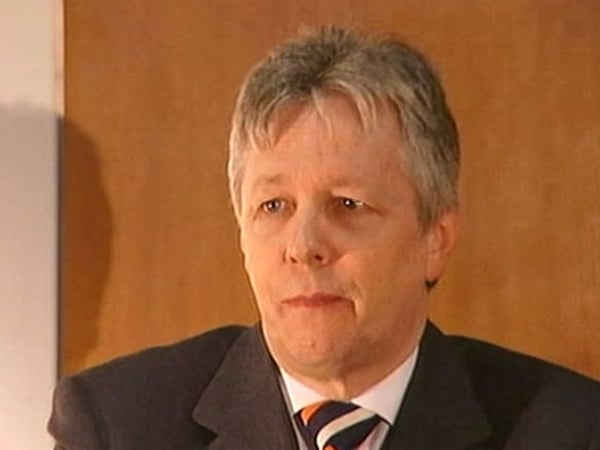