The latest opinion poll suggests that a majority of people believe Mary Harney should step down as the Minister for Health in light of the winding down of the Progressive Democrats.

In today's Irish Times TNS/mrbi poll, 63% of respondents said Ms Harney should not remain as Minister.

26% of those surveyed said they did not know.

Mr Dempsey said the question on Bertie Ahern was a hypothetical one, and that Brian Cowen had the capacity to focus on stabilising the economy.

Chief Whip Pat Carey has said the Minister for Health has the full confidence of the Taoiseach and the Government and should stay in her position.

Meanwhile, Fine Gael's Charlie Flanagan criticised a question in the poll asking whether party leader Enda Kenny or Richard Bruton would be the better leader in the economic downturn.

Mr Flanagan said there was no question of Mr Kenny not leading the party into the next election. 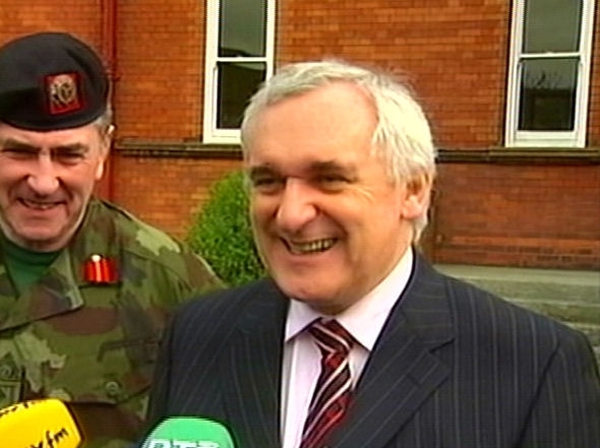 FF support up after Ahern announcement