A special conference of the Progressive Democrats has voted for the party to go out of existence, after the leadership stated it was no longer politically viable.

Although a sizable minority of the members at the conference wanted the party to continue, it will now be dissolved after some legal and financial requirements are met in the coming weeks.

After a discussion lasting over four hours, delegates voted by holding voter registration cards aloft. The final tally was 201 votes to 161 against a motion to continue with the party.

Minister for Health Mary Harney said she would not be joining any other political party and will remain as an independent member of Dáil Éireann.

Yesterday, Ms Harney said she would have to reflect on her position in the PDs if members had voted to stay in existence.

In a statement tonight, the Taoiseach said all members of the PDs could be proud of their contribution to the democratic process and he noted and respected the decision to wind up the party.

Mr Cowen said the Minister for Health continues to have his full support and confidence.

He said he always found the PD members he had worked with to be fully committed to the implementation of agreed Government policy.

'Time to wind up party'

Earlier today, the party's founder said the PDs could not expect to continue as a political party.

In a letter read to delegates at the meeting, Des O'Malley said that realism and common sense demand that party members had to face the facts.

He added that the only realistic step is to commence the wind up of the party.

The letter was read by former PD Senator John Dardis at the request of Mr O'Malley.

At the meeting, some members put forward a motion to keep the party going, although party leader Ciaran Cannon, Minister for Health Mary Harney and the other Oireachtas members believed it was time to bring the PDs to an end.

Going into the day-long conference Mr Cannon said members should vote with their heads and not their hearts in bringing the party to a dignified end.

Ms Harney received a standing ovation after she delivered a strong speech to the conference.

Speaking ahead of the meeting, she said that people needed to be pragmatic in deciding the future of the organisation.

She said the party was failing to attract voters and was no longer viable.

Galway West TD Noel Grealish said that he hoped undecided delegates would be convinced after today's debate that the way forward is to fold the PD tent.

He said since the party was formed in 1985 the vote of the party has consistently gone down.

It is just over seven weeks since the leadership of the PDs came to the conclusion that the party is no longer politically viable. 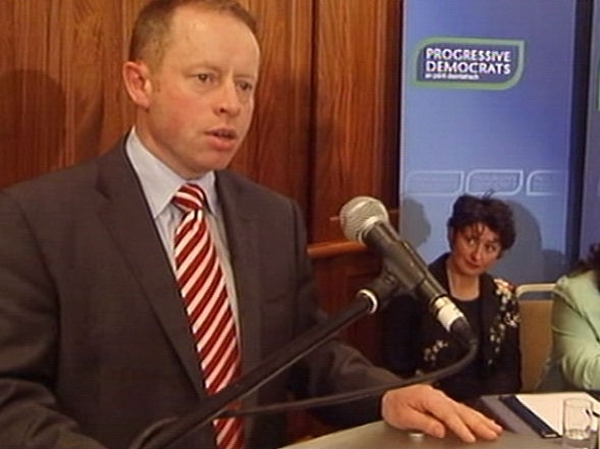 PDs should be wound up, says Cannon