Most of the banks operating in the Irish market have said they will pass on the ECB's half-point interest rate cut in full to their variable interest rate mortgage customers.

Ulster Bank and Bank of Scotland Ireland said the new rates will come into effect from 1 December, while AIB said it would pass on the rate cut in full.

Bank of Ireland and ICS Building Society also confirmed today that they will pass on the full ECB rate decrease to their existing standard variable rate mortgage customers as well as to holders of their variable loan-to-value based products.

Permanent TSB said this afternoon that it will pass on the full 0.5 point cut to existing residential mortgage customers on variable products.

The EBS Building Society also said that it will reduce its standard variable rates by 50 basis points. These changes will be reflected in existing members' December mortgage repayments.

National Irish Bank says it will pass on the cut to customers with tracker products on 12 November, and to home loan standard variable rate mortgage customers on 1 December.

Earlier today, the ECB cut its main lending rate by 0.5 points to 3.25%. The announcement brings the rate to its lowest level for two years, following last month's emergency cut.

Meanwhile, the Bank of England has cut interest rates by 1.5 points to 3%. The British rate is now at its lowest level since 1955.

UK figures for the third quarter of this year had showed a sharp downturn in services and manufacturing sectors.

That slowdown and fears of a prolonged and deep recession will have prompted the Monetary Policy Committee of the Bank of England to make today's swingeing cut.

The Bank said in a statement it had made today's move because of a substantial risk of undershooting its 2% inflation target. The rate cut has been welcomed by Britain's business leaders.

Market watchers will be anxious to learn if more cuts are to come when ECB President Jean Claude Trichet hosts his monthly news conference.

Businesses and holders of variable rate mortgages in Ireland will be anxious to see if lenders pass on the full cut.

The concern is that many lenders will seek to retain much of the benefit of any cut on their own books, in the quest to strengthen their balance sheets in the wake of souring property-related loans. 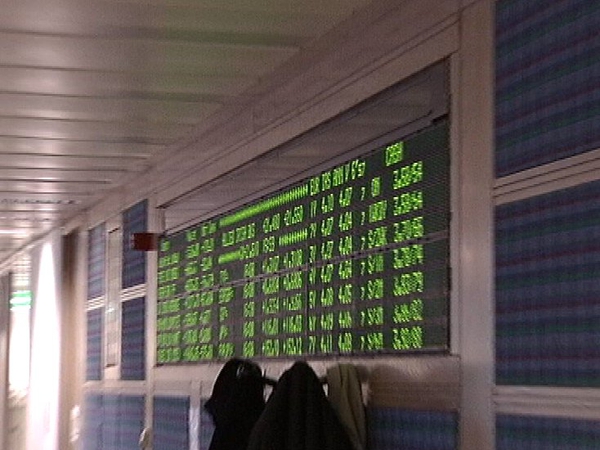