British Northern Secretary Shaun Woodward has welcomed the outcome of today's events in Belfast where a homecoming parade by British armed forces personnel and counter demonstrations by republicans passed off without serious incident.

Tensions were high earlier among supporters and those gathered to oppose the parade for British armed forces that served in Iraq and Afghanistan.

Thousands turned out for the parade and the counter-demonstration organised by Sinn Féin.

Old tensions and hatred were clearly on display particularly at Great Victoria Street where the two groups were just 50m apart.

As the soldiers passed by their band music could not be heard above the chanting and jeering.

The PSNI riot squad kept the factions apart, although bottles and fireworks were thrown from the crowds.

After the parade passed, the Sinn Féin demonstration moved back towards west Belfast, the crowds dispersed and tensions eased.

Interface areas in Belafast and elsewhere are expected to remain tense overnight.

A number of measures to ease tensions have been taken in recent days.

A large number of PSNI officers remain on duty at Divis Flats where the Eirigi organisation plans to hold a protest rally.

The controversy started after Belfast City Council split and offered a civic reception to British armed forces personnel returning from Iraq and Afghanistan.

The British Ministry of Defence later announced it would stage a homecoming parade in central Belfast, similar to events held in many UK cities.

The Eirigi organisation then announced it would hold a protest rally, at Divis Flats, near the city centre and Sinn Féin moved to organise its own protest.

As the tension grew, the armed forces toned down their planned activities and Sinn Féin changed the route of its protests. 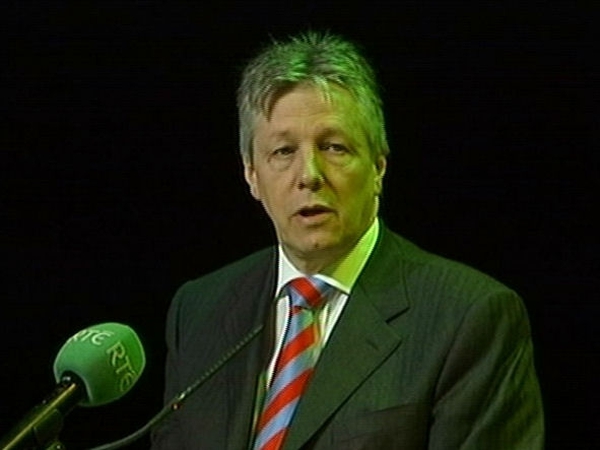