Minister for Justice Dermot Ahern has said the Government could not be deflected by opinion polls and could not avoid making difficult decisions.

Mr Ahern was speaking as the latest opinion poll suggested a dramatic 10 point fall in support for Fianna Fáil.

The minister told tonight's The Week in Politics programme that if the government avoided making difficult decisions then the country risked going into bankruptcy.

The Taoiseach returns from his trade mission to China today to the news that the Red C poll in today's Sunday Business Post shows Fianna Fáil seven points behind Fine Gael for the first time ever.

Brian Cowen may find some consolation in the thought that this poll was carried out at the worst possible time for Fianna Fáil - last Monday, Tuesday and Wednesday, when the medical card controversy was raging.

However, the results are devastating all the same: since last month, Fianna Fáil has dropped ten points to just 26% support.

Fine Gael meanwhile has gained five points to 33%, a full seven points ahead of Fianna Fáil for the first time since opinion polling began.

The two junior coalition partners drop a point apiece - the Greens are at six, the PDs at two.

Independents and others are unchanged at 8%.

Also of concern to the Government is a significant drop in confidence that it can steer the public finances out of current problems.

Fine Gael spokesperson on Education Brian Hayes said he did not see a general election taking place over the next few months, but that no one knew what would happen this time next year. 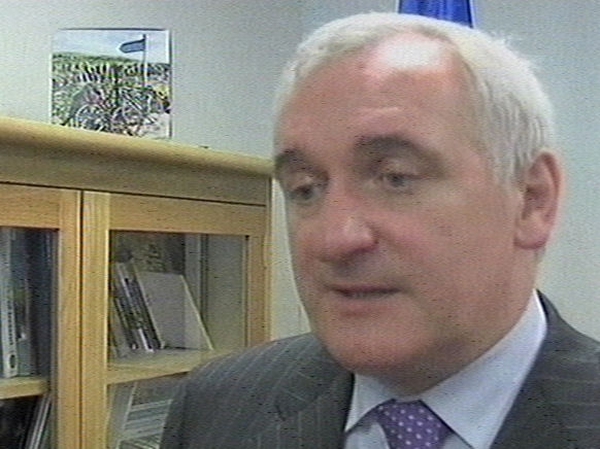