The Government has announced significant changes to the over-70s medical cards scheme.

Higher income thresholds will allow 95% of those over 70 to retain their full medical cards.

Savings on drug costs and a reduced capitation fee for GPs treating the over-70s will fund the changes.

Minister for Family & Social Affairs Mary Hanafin answered questions on the medical card issue in the Dáil this afternoon.

It comes a week after the controversial announcement that the automatic right to a medical card for the over 70s was being removed.

Watch or listen to this morning's news conference

Existing medical card holders will not have to undergo a means test. Instead, they will be asked to notify the Health Service Executive if they are over the income threshold. 20,000 people will lose their medical cards.

People who currently have a medical card and who are over the new income threshold will not keep their medical card after 1 January, under legislation to be brought forward.

The changes will be funded by a new single rate for GPs treating the over-70s, to be set after a week-long consideration of the issues by an independent evaluator, and through economies in drug use.

The Taoiseach apologised for the distress caused by the controversy, and said he was confident the new scheme will be acceptable to TDs supporting the Government.

Mr Cowen said he wished to express how sorry he and his colleagues were for the distress caused to people who feared they would lose their medical card who in fact would never have lost it.

'We regret the anxiety that was caused by the failure to properly communicate the fact that over 70% of pensioners over 70 would have been completely unaffected by the original proposal.

'That was never the Government's intention, whatever, so obviously I very much regret that and apologise for it,' he added.

Asked how the Government planned to enforce the new proposal that people above the new income threshold would have to notify authorities, the Minister for Health told the press conference that the vast majority of older people are honest.

Ms Harney said many of those who will be excluded from the medical card scheme under the new proposal will be former senior public servants.

In addition, the Government has agreed to amend Section 4 of the Competition Act to allow the Irish Medical Organisation to negotiate on fees for GPs as part of the deal to try to resolve the medical card crisis.

There is also to be a special group set up to secure drug savings, which will report in December.

The new fee to be paid to GPs for treating those over 70 years old is due to be announced next week, after submissions from the parties are made by the end of the week to a special review group. 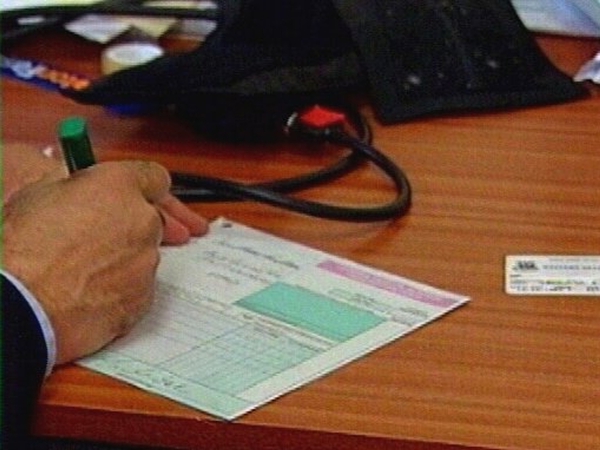 Changes in eligibility for medical cards