The Irish Congress of Trade Unions has accused the Government of placing the trade union movement in a difficult, if not impossible, position because of the Budget.

At a meeting with the Taoiseach, General Secretary David Begg said there was now a danger that union members would use their ballot on the pay deal as a referendum on the Budget, and reject the agreement.

Speaking as he arrived at Government Buildings, Mr Begg accepted that necessary economic corrections had to be made, but said the Budget was not fair.

He said that the 1% income levy had effectively wiped out the extra 0.5% for the low-paid, which was negotiated in the national wage agreement.

However, Mr Begg warned that even if they rejected the deal they would still be stuck with the Budget and its unfairness, but with no pay settlement.

He said there was little enough prospect of doing a better deal with individual employers.

Mr Begg said that he would also be raising the issues of medical cards, education cuts and the 280 job losses at Waterford Crystal.

He said the State guarantee of a loan sought by the crystal company had been rejected by Government because it would set a bad precedent.

However, Mr Begg said that the banks had been bailed out and no one was worrying about setting a precedent.

On the medical card issue, he said ICTU would seek a review for thresholds for withdrawal of the cards.

After the meeting, SIPTU president Jack O'Connor said they had set out their concerns about the overall thrust of the Budget, especially its disproportionate impact on middle and lower income groups.

He said they had not gone into the meeting expecting some ready-made solution or that, midway through the meeting, the Government would take a different position from its position to date.

He said the Taoiseach had outlined the government's rationale for the Budget, and outlined the progress over the years of social partnership alleviating the tax burden on low and middle income families.

However, he said the Taoiseach had also indicated that the country was now in changed circumstances and that the government has the challenge of meeting the Exchequer deficit and sustaining the economy.

He said it remained to be seen whether the Government had assimilated what the unions had to say. 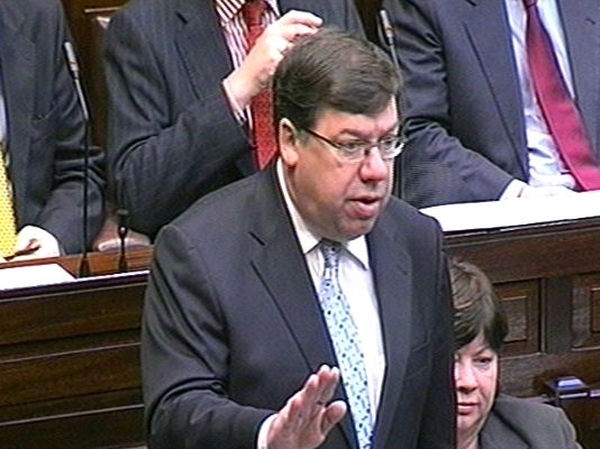 Sharp exchanges in Dáil over Budget