A Qantas passenger jet has made an emergency landing at an airfield near the Western Australian town of Exmouth after experiencing severe turbulence.

Over 30 people were injured in the mid-air incident on board the flight from Singapore to Perth, which was forced to issue a mayday emergency call.

Emergency services and medical staff were on standby at Learmonth Airport, about 1,100km northeast of the state capital, Perth.

Remaining passengers were housed at Exmouth airport awaiting pick up by another Qantas aircraft.

Police initially described the aircraft as an airbus A320 with 370 passengers on board, but Qantas later said flight QF72 was an A330-300 with 303 passengers and 10 crew.

Australia's national carrier Qantas has suffered a spate of incidents in recent months.

In July, an exploding oxygen bottle punched a hole in the side of a Qantas Boeing 747-400, forcing an emergency landing in the Philippines. No passengers were injured in the mid-air drama.

Air safety investigators announced a safety review of Qantas, which has long been known as the world's safest airline, after two other incidents occurred involving its aircraft within two weeks. 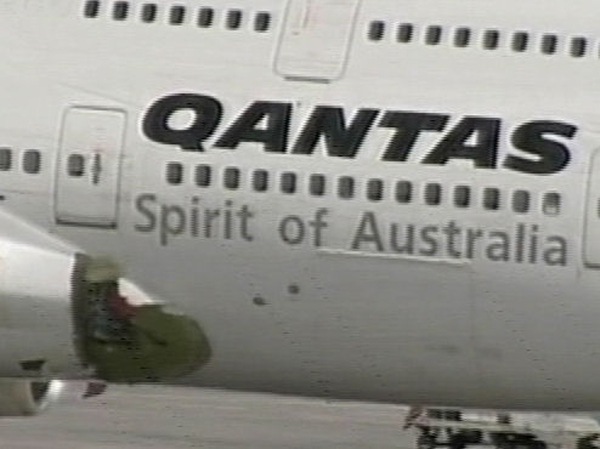