Shell Ireland has announced that the ship which was intended be used in laying the controversial Corrib gas offshore pipeline is to be moved from Killybegs in Donegal to a port in the UK for repair work.

Equipment on board the Solitaire was accidently damaged off the Mayo coast last Wednesday, an hour before it was due to begin laying the first section of the pipeline.

It is now on its way to a deep water berth in Glasgow.

A special diving support vessel will be in Broadhaven Bay tomorrow to assist in the salvage of a 12m long 80-tonne section of Solitaire's equipment.

It became detached from the vessel and is currently lying on the seabed.

It will be removed and disposed of for safety and environmental reasons.

The Solitaire has been at the centre of a hunger strike protest by the Shell to Sea campaigner, Maire Harrington, for the last ten days.

She is demanding that the vessel be moved out of Irish territorial waters and the pipe laying operation permanently halted. 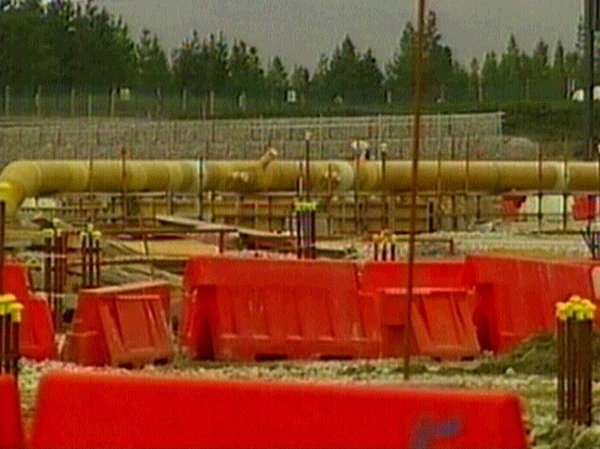