Full military honours were rendered this morning at the funeral of a former Chief of Staff Lieutenant General Carl O'Sullivan, who died on Thursday aged 88.

General O'Sullivan was head of the Defence Forces for five years from 1976.

During that time the army was highly active in assisting gardaí in dealing with the spill over of the Troubles into the Republic, particularly along the border.

During his term of office, the Defence Forces also deployed to Lebanon - where 700 Irish soldiers served at any one time for 23 years up to 2001.

A native of Kerry, General O'Sullivan was awarded the Distinguished Service Medal for his outstanding service to the Defence Forces upon his retirement.

He later became a leading figure in Irish horseracing circles.

Following Mass at McKee Barracks in Dublin this morning, the burial is taking place around lunchtime at Cornamagh Cemetery, Athlone where a military guard of honour will be formed and a volley of shots fired over the graveside.

General O'Sullivan is survived by wife Maura and his four children, Carl, Geraldine, Eimear and Joan. 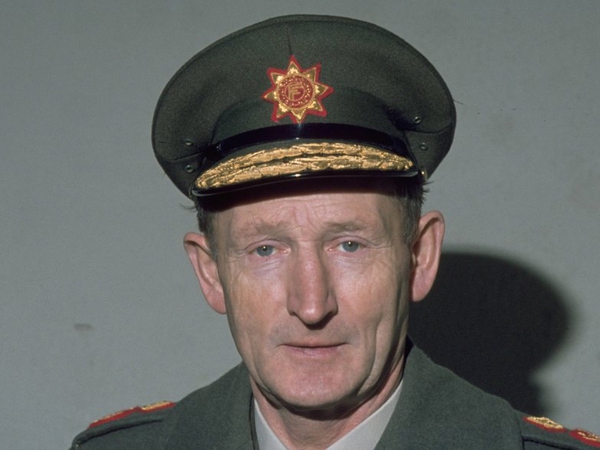