The US military has handed over control of Anbar province to the Iraqi government.

The formalities were done at a ceremony in Ramadi where Anbar governor Maamoun Sami Rashid al-Alwani officially accepted responsibility, and exchanged documents with US Major General John Kelly.

Anbar, once the most explosive battlefield in Iraq, is the largest province in the country.

Its towns of Ramadi and Fallujah were once part of the so-called ‘triangle of death,’ which formed the centre of Iraq's Sunni insurgency against US forces.

Major General Kelly said improvements in security there would only last if matched by economic development.

With the transfer, Iraqis will control security in 11 of the country's 18 provinces.

Tens of thousands of Iraqi and US troops are on guard in the western province, the first predominantly Sunni Arab region to be transferred by the American military to Iraqi security control.

US forces will now withdraw to their bases and will take part in military operations only if requested by the provincial governor.

US military had stepped up patrols on the main streets of Ramadi ahead of the transfer, as locals prepared to begin fasting for the Muslim holy month of Ramadan. 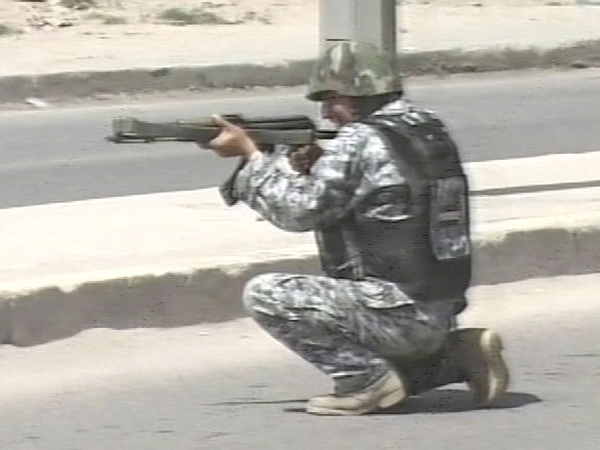 Iraq insisting on US withdrawal timeline