The Government has been defending the Taoiseach's record after renewed Opposition criticism as Brian Cowen reached his 100th day in office.

Fine Gael leader Enda Kenny said the leadership of Mr Cowen and the Fianna Fáil-led Government has been one of failure.

He warned the Government would do untold damage if the Taoiseach did not get a grip on the economy.

The Fine Gael leader also attacked what he said was the drip-feeding of stealth taxes over the summer months - the proposed third-level college fees and what he described as a freeze on frontline policing for the gardaí.

The Labour Party said Mr Cowen's first 100 days represented the most undistinguished start for any taoiseach in the history of the State.

Speaking on RTÉ Radio's News At One, Minister for Justice Dermot Ahern said Mr Kenny was a failed politician who was engaging in what he termed infantile politics, and who had said nothing constructive in the last while.

He said the Taoiseach has taken measured and sensible action to tackle the economic challenges, and that he would implement commitments in the Programme for Government and the National Development Plan.

Since he was elected Taoiseach on 7 May, Mr Cowen has faced the defeat of the Lisbon Treaty and a major downturn in the economy. 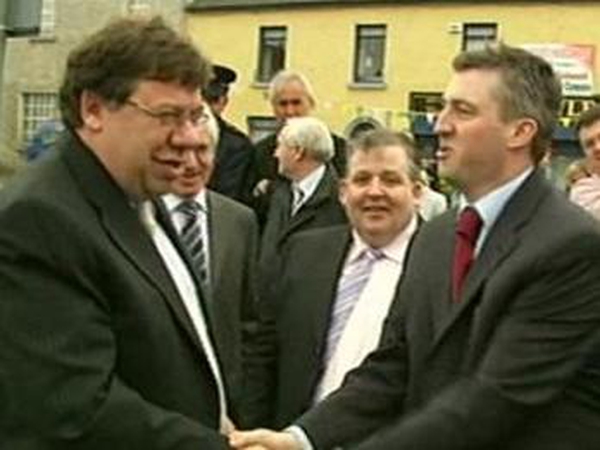