Northern Ireland's most senior judge will decide within weeks on how much longer a former Irish soldier who murdered three of his colleagues should serve in prison before being considered for parole.

Belfast man Michael McAleavey has spent over 25 years in prison for shooting dead Corporal Gary Morrow, Private Peter Burke and Private Thomas Murphy who were on UN peacekeeping duties in Lebanon when shot dead by McAleavey on 27 October 1982.

Last October, McAleavey was transferred from the Republic to Northern Ireland to continue serving his life sentence imposed by an Irish military court at The Curragh in 1983.

It now falls to the Northern Ireland courts to decide on what the appropriate tariff is for McAleavey's crimes.

The tariff is the amount of time prisoners should serve in prison before being considered for parole at all.

There is no similar system in the Republic.

Judges here do not have the power to recommend how long of a life sentence a prisoner should serve before applying for parole.

Today's court hearing heard that in some murder cases a tariff of no less than 30 years might be imposed.

The North's Chief Justice Brian Kerr today said that there were a number of aggravating factors to consider in the case, including the fact that McAleavey had reloaded his weapon before firing at his fellow soldiers once more.

He had tried to blame innocent people for the crimes and that there had been multiple murders of people who had suffered multiple injuries.

McAleavey's barrister put forward arguments in mitigation, including the fact that McAleavey had previously been granted temporary release from Mountjoy Jail, before being taken back into custody after failing a drugs test.

His barrister also submitted that McAleavey had no previous convictions and that his crimes had taken place in a war setting, when he was undernourished and dehydrated.

Chief Justice Kerr said he hoped to deliver a ruling within weeks.

Michael McAleavey spoke only to confirm his name during today's proceedings. 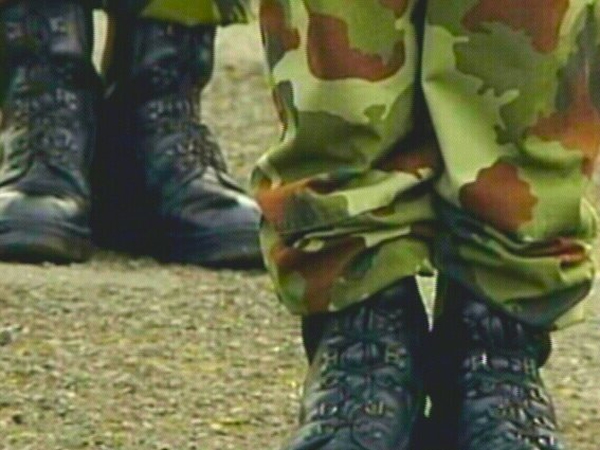 Soldier convicted of murder to be moved to NI