The Ennis murder conspiracy trial has heard details of a letter sent by Sharon Collins to RTÉ 2fm's The Gerry Ryan Show in which she claims she was continually subjected to abuse and unusual sexual demands from her partner.

45-year-old Sharon Collins of Kildysart Road, Ennis, Co Clare, is on trial for conspiracy to murder PJ Howard and his two sons by hiring a hit man from Las Vegas. She denies the charge.

The letter to the radio show was found on a computer seized from the home of Sharon Collins and PJ Howard in Ennis.

It was sent by email, saying she was living in an unbearable situation, suffering continuous abuse, tantrums and black moods from her husband.

She said her husband made sexual demands on her that she refused to carry out, including having sex with a stranger and suggesting she work as a prostitute.

She said he insisted they spent time at their holiday home in Spain so he could avail of the sex industry, regularly having sex with prostitutes and transvestites.

The letter was sent in April 2006 - several months before Sharon Collins is alleged to have hired a hit man to kill PJ Howard.

Earlier at the trial, the court heard further detail of emails plotting the murder of the Co Clare businessman and his two sons.

The court heard details of emails sent to a hit man for hire address from an email address called ‘lying eyes’.

The emails were found on a computer seized by the FBI from the Las Vegas home of Essam Eid.

The emails show how the writer had reservations about going ahead with the plot to kill the three men.

She said: ‘If you knew me. I wouldn't hurt a fly. But I have been put in an impossible situation.

‘There was a time when I loved my husband but he has truly killed that. Even though I have wished him dead I found it upsetting when I see it here in black and white.’

The emails discuss how the killing of the father must be made to look like suicide on hearing of the death of his two sons in Ireland.

The hit man had suggested poisoning the two sons before travelling to Spain to kill the father in a faked suicide. 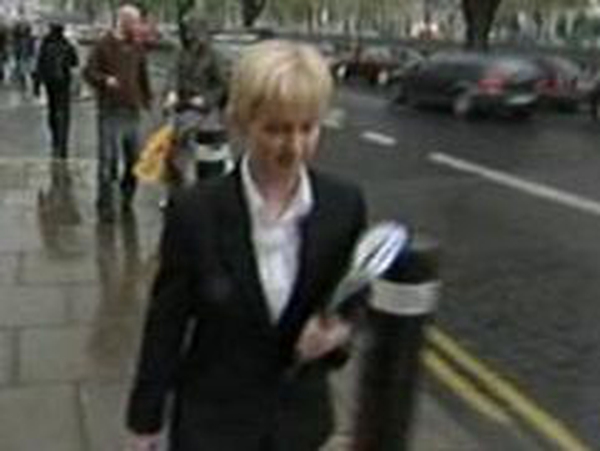 Two accused of conspiracy to murder