The latest employment figures for the construction industry show an annual drop of almost 14%.

The construction employment index from the Central Statistics Office reveal that the overall number of those working in the industry fell by 13.8% in April compared to the same month last year.

The index has been falling for the past year, and April's drop marked an acceleration from March.

Meanwhile, training agency FÁS is to host a jobs fair for construction workers in central Dublin this evening and tomorrow.

Equivalent training agencies from across Europe hope to recruit skilled construction workers, thousands of whom have recently lost jobs in Ireland.

Countries looking for construction staff at the D'Olier Street event include the UK, the Netherlands, Belgium, Slovakia, Sweden, Norway, Denmark and Poland.

In some of these countries the shortage came about because so many of their workers came to Ireland during our building boom.

FÁS says there has been steady growth in construction workers looking for work in recent months, but as yet there is no evidence that Irish workers are leaving in large numbers.

The jobs fair is taking place from 5pm-9pm this evening and 10am-5pm tomorrow.

It comes to Dublin as economic consultants DKM publish a report which says Ireland's building industry is the worst performer in Europe and is likely to record Europe's sharpest fall this year.

DKM predicts building output will fall by 17.7% over 2008. Homebuilding is suffering the most and over the last year over 10,000 builders have lost their jobs. 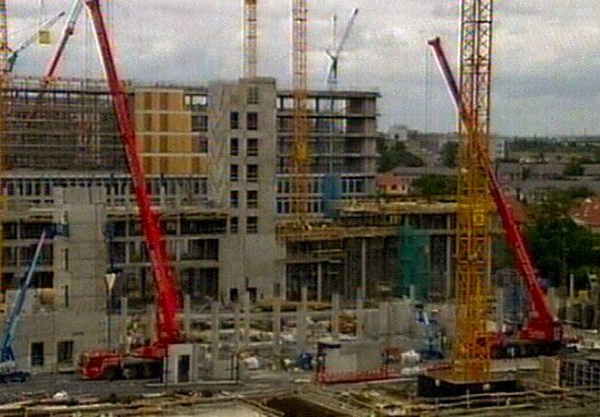