The National Maternity Hospital is to pay €4.5m to a six-year-old boy who was severely disabled at birth.

The money is in settlement of the longest running birth injury action ever in Ireland.

The 55-day case was also described as the most complex medical negligence case ever to come before the Irish courts.

The hospital will also pay the costs of the action taken by Paul Ciaran Fitzpatrick and his parents, which have been estimated at around €4m.

In March, the High Court found the hospital liable for Paul's injuries and ruled that his birth had been managed in a 'substandard and negligent' way.

Mr Justice Daniel Herbert found that if Paul had been delivered 30 minutes earlier, he would not have suffered such injuries.

The hospital appealed the decision. The court was told the appeal could have taken two years to be heard.

However as part of the settlement agreed this afternoon, the Supreme Court will be asked on Friday to effectively allow the hospital's appeal and set aside the High Court judgment finding the hospital liable.

Afterwards, Paul's mother, Michelle Fitzpatrick said there had been six years of legal proceedings and asked that the family be allowed to move on with their lives and make a good future for their son.

The Fitzgerald family lives in a third-floor apartment with no lift in the south-west of Dublin's inner city.

They said the settlement would allow them to buy a bungalow with a garden for their son who is in a wheelchair. 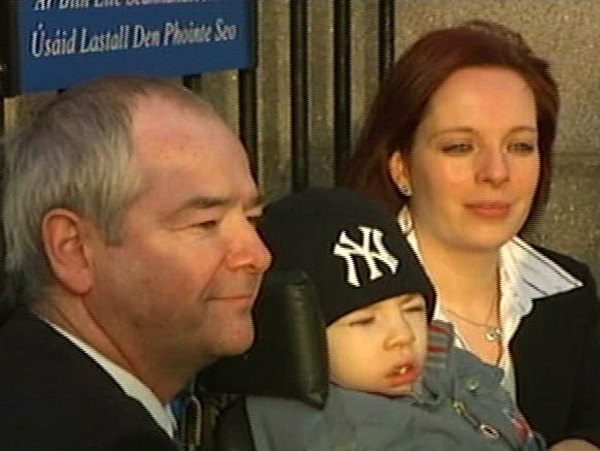