US Senator Barack Obama has attacked the economic policies of his Republican opponent, John McCain.

It was his first campaign speech as the Democratic party's presidential candidate since Hillary Clinton withdrew from the selection race at the weekend.

Speaking in the Republican stronghold of North Carolina, Senator Obama said he would impose a windfall profits tax on US oil companies instead of the Bush administration's policy of allowing them tax breaks, which he claimed Senator McCain also supports.

Polls show the US economy is now the top concern of voters, ahead of the Iraq war, with the May jobless rate posting its sharpest rise in two decades, the property market in crisis and fuel prices topping $4 a gallon.

Mr Obama's speech shows he intends to give no quarter to Mr McCain as both candidates hunt deep in the other's territory for moderate voters.

The Illinois senator said that despite mounting home foreclosures nationwide, President George W Bush had warned against political interference in the property market.

Mr McCain hit back by portraying Senator Obama as a tax-and-spend liberal in the mould of 1970s president Jimmy Carter, when the last sustained surge in oil prices combined with high inflation to plunge the US economy into crisis. 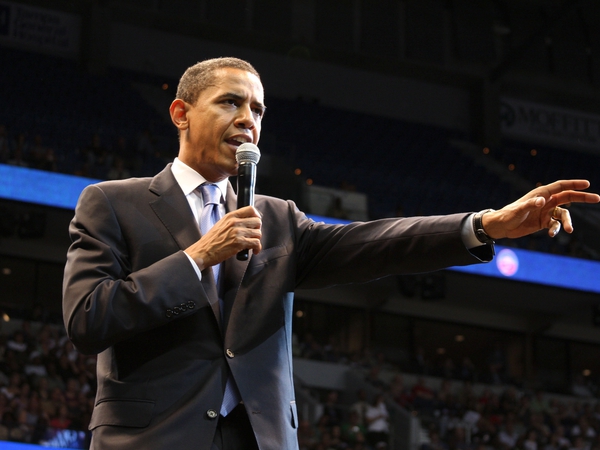