Bus Éireann, Meath County Council and Keltank Ltd have been fined a total of €2.2m over the Navan bus crash.

Five schoolgirls were killed when their bus crashed near Kentstown, Co Meath, in 2005.

Bus Éireann was fined €2m and Meath County Council and Keltank were each fined €100,000.

Bus Éireann, Meath County Council and Keltank Ltd have pleaded guilty to various charges in relation to the crash.

In passing sentence, Judge Pat McCarten expressed his deepest sympathy to the families of the five girls who died and to those injured in the tragedy.

He said that there was an exhaustive investigation by the gardaí and the health and safety authority and he hoped the lessons had been learned as a result of this tragedy.

Judge McCarten said that it is an accident that should not have happened as it was entirely avoidable.

He said: 'Had the ABS been working none of this would have happened and Bus Éireann must take huge criticism for the absence of the ABS on the bus.'

The Judge also highlighted the fact that ABS is still not a legal requirement on vehicles in Ireland.

Earlier today, the director of the garage that serviced the school bus expressed the company's deep regret and remorse for the deficient ABS system in the vehicle.

Sonya Kelly, the company secretary of Keltank Ltd, broke down in tears at the end of her evidence during a sentencing session at the Dublin Circuit Criminal Court.

The court also heard evidence from Martin Nolan, the Chief Operating Officer with Bus Éireann. He told Judge Pat McCarten that immediately after the accident the company did a 'root and branch' review of its systems including bringing in outside experts.

All the recommendations have been implemented, he said. As part of that every year at least 5% of all buses used by the company are checked at random to make sure they comply to the highest standards.

Mr Nolan said the ABS was working on the vast majority of buses and the problems 'seem to be isolated to one part of the country'.

He also apologised to the families of the five girls who died and those injured as a result of his company's failure. 'My company deeply regrets that their bus was involved in this tragic accident and are very concerned that it did not meet the safety standards we expect of ourselves,' Mr Nolan said.

However, the Chief Operating Officer was unable to answer a question posed by Judge McCarten as to how it was that the company provided Keltank - which serviced the bus prior to the accident - with a driver's dashboard panel which already had the ABS warning light removed.

He also accepted a point made by Brendan Grehan, counsel for the DPP, that it was 'hardly a co-incidence' that 25 out of 55 buses tested at the Broadstone Depot in Dublin did not have functioning ABS.

In his closing submission, Derek Kenneally, counsel for Keltank Ltd, said the company fully accepted its responsibility in the tragic accident.

It was not a case, he insisted, of malpractice but of inadvertent failure which had its source in ignorance about the ABS system. He also pointed out that the bus had a road worthiness certificate and passed its Department of the Environment tests as well.

Shane Murphy, counsel for Bus Éireann, pointed out that this was a 'complex tragedy' which arose from many factors. He pointed out the many changes the company had introduced and that technical experts had agreed that the normal brakes on the bus were in very good working order.

Counsel for Meath County Council said it also accepted its responsibility in relation to the accident. However, he said it was guilty of relatively minor offences which were due to 'communications deficiencies' and not due to deliberate attempts to breach the legislation. 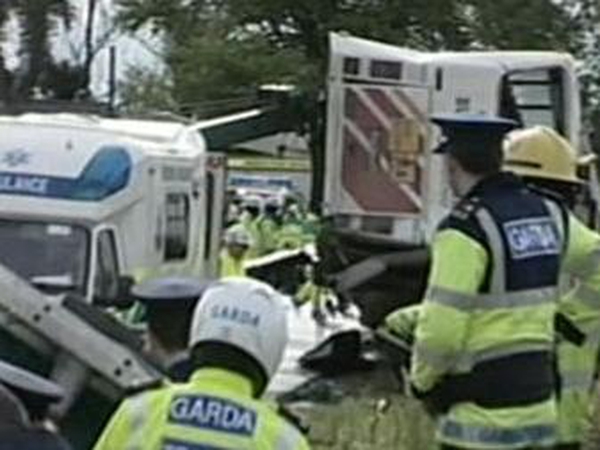