The Taoiseach has said that his remarks yesterday in the Dáil were inappropriate either inside or outside the house and he apologised for them.

Brian Cowen claimed he had been interrupted 44 times by the Opposition, but said that was unrelated to the other issue.

He denied that he had threatened Enda Kenny to have the Fine Gael leader shouted down, but said he was only pointing out that that was not the way for the Dáil to do its business.

The Taoiseach told journalists he expected robust debate but what went on yesterday had been ridiculous.

Minister for Health Mary Harney earlier defended Mr Cowen over his use of what the Opposition described as 'unparliamentary language' during a private conversation in the Dáil chamber yesterday.

This morning, Ms Harney said she would not be 'holier than thou' by saying that people never use such language.

Mr Cowen was heard using a profanity in what the spokesman said was a casual exchange between working colleagues that was not a reference to any member of the house.

After angry exchanges over health, Mr Cowen had been questioned by Labour's Eamon Gilmore on price increases and what he said had been the failure of the National Consumer Agency and other bodies to act.

RTÉ News understands that what the Taoiseach said to Ms Coughlan was: 'We need to get a handle on this, will you ring those f***ers.'

That was a reference to the relevant officials rather than the opposition.

A spokesman for the Taoiseach yesterday said that Mr Cowen regretted any offence caused by remarks picked up on the Dáil microphones after Leaders' Questions. 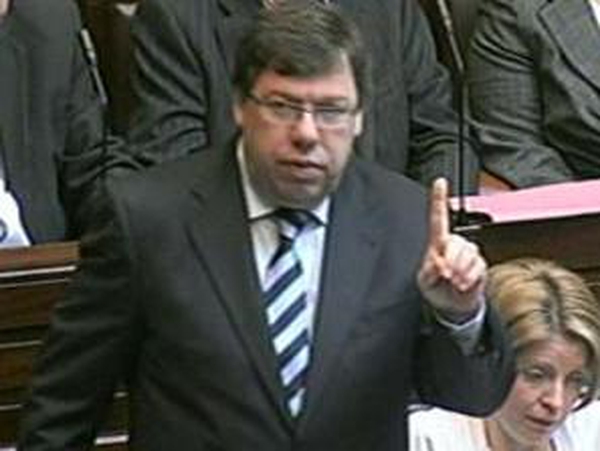 Cowen apology after use of f-word