Taoiseach Brian Cowen has said he looks forward to building on the work that had been carried out by his predecessors.

He was speaking in Stormont, hours after his first meeting as Taoiseach with British Prime Minister Gordon Brown.

Both leaders are attending an investment conference at Stormont. Watch live

Brian Cowen said it was a great pleasure for him to be in Stormont on the first day of his tenure as Taoiseach.

He said there was no more appropriate place for him to be, given his work in the Department of Foreign Affairs. The Taoiseach said he looked forward to building on the work that had been carried out by his predecessors.

Mr Brown said his talks with Mr Cowen showed that the relationship between Ireland and the UK will be stronger than ever, and that both leaders would work together to build on the work of Bertie Ahern and Tony Blair.

The British Prime Minister said he believed the conference would attract many new jobs to Northern Ireland and assured everyone that he and Mr Cowen would work together to move things forward in the next year.

At a time of falling pension fund values, New York has committed €150m for investment purposes in the North.

Watch an interview with Gordon Brown about Brian Cowen 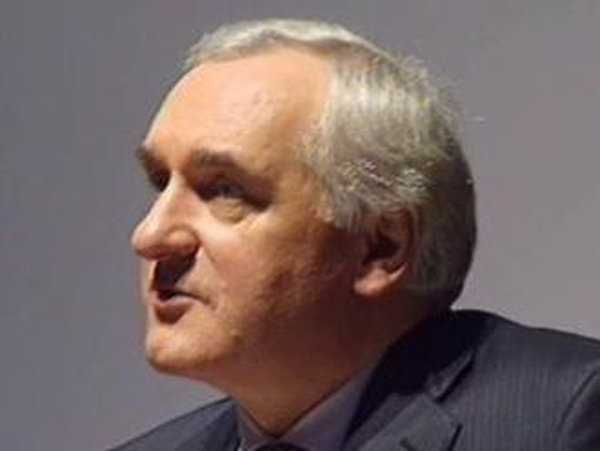