The Taoiseach has said he expects no further revelations of payments to him at the Mahon Tribunal.

Mr Ahern made the remarks in an interview recorded in Washington for RTÉ’s The Week In Politics, to be screened later this evening.

The Taoiseach, who is due to give further evidence to the Mahon Tribunal concerning his personal finances, was asked if there were more payments to be revealed.

He replied: ‘No, no, no there won't. I mean the only payments that I suppose should come out are the payments that are being paid to run the tribunals. I think that's a far more interesting story than mine.’

Mr Ahern said his involvement with the tribunal arose because of a row between two developers, Owen O'Callaghan and Tom Gilmartin.

He said: ‘The fact I've been dealing with this and I still haven't been asked the question about what the substantive issue was, the tribunals that were set up 11 years ago…and that was did I get money from Owen O'Callaghan? Eleven years on and Owen O'Callaghan hasn't been forward as a witness to say I never got money in it.

'I mean I was unlucky that I got in the middle of the meat in the sandwich between two developers who were sparring off each other over big money. That was the only unlucky position for me.’

Asked if there was anything he would change from his interview with Bryan Dobson in September 2006 when he first spoke publicly about his personal finances, he replied: ‘No, no I wouldn't. I think that although people try to get nuances of what you and I spoke about that day, I've read that interview back and I still think it was as accurate an assessment as I could have given.’

The Taoiseach would not give any indications of his plans for when he leaves office later this week:

‘Thankfully in the last four or five weeks there are lots of new opportunities, but I am going to think about it. My own view is I do not want to get into something that is 80 hours a week again. I might do a combination of things.’

Meanwhile, Mr Ahern has said that the integration of immigrants here is one of the biggest issues facing the country.

Speaking on RTÉ Radio's This Week two days before he will resign as Taoiseach, Mr Ahern said integration of the so-called New Irish should not be seen as a problem but as a challenge that will have to be handled very carefully.

He said other challenges ahead were the issues of public order and binge drinking, organised crime, and the development of the health service.

On whether he will fight the next General Election, Mr Ahern said he would decide that later, but if it was to be held in four years' time, he possibly would not run.

On his successor as Taoiseach, Mr Ahern said Brian Cowen had many fine qualities including a sharp intellect, and if anyone wanted a row with him they had better stay up late the night before preparing for it. 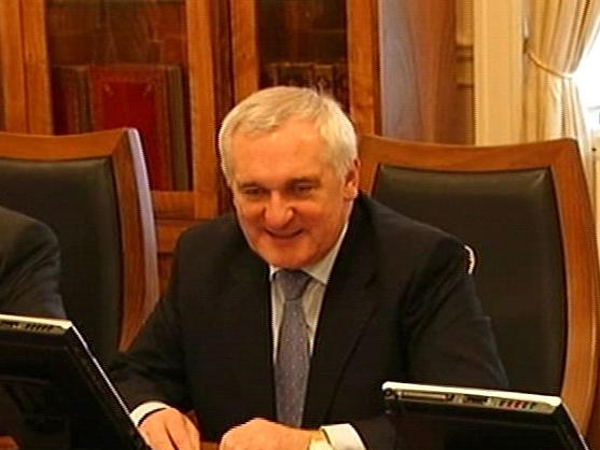 Ahern to meet Bush after US speech