A couple in their 20s have been arrested in connection with the murder of a man in Blanchardstown on Tuesday night.

The couple were arrested at a north Dublin hotel at around 6.30pm.

The 25-year-old woman being detained at Cabra Garda Station and the 22-year-old man is being held at Blanchardstown Garda Station.

The arrests followed searches at the homes of the couple and their families yesterday.

They also found a weapon around a half a kilometre from the murder scene which it is believed was used in the attack.

Gardaí have also seized a number of items of clothing in the past 24 hours.

This investigation was officially upgraded to murder last night after post mortem results confirmed Mark Smyth had been stabbed a number of times in the neck and chest.

The taxi driver, who knew the couple, was dropping them from Clonee to Fortlawn Avenue in Blanchardstown for free at 10pm on Tuesday night.

At the destination, a row broke out in the car. Mr Smyth was chased down the road by the couple, stabbed a number of times and left to die in the front garden of a house.

The couple then fled the scene.

The attack was witnessed by Mr Smyth's partner and young child, who were also in the car at the time. 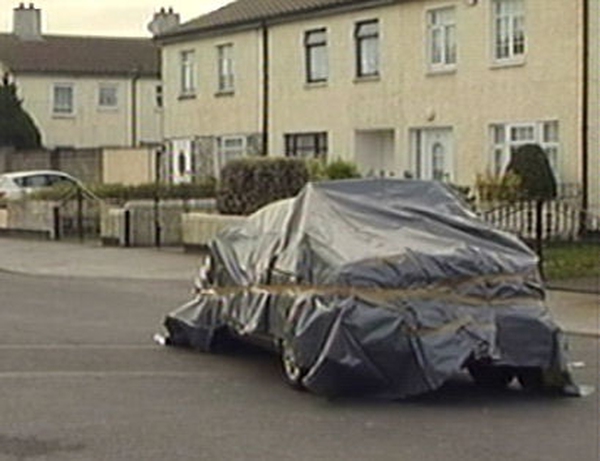