Justice Michael Moriarty has strongly rejected an accusation from Denis O'Brien's legal team that the Moriarty Tribunal was engaged in an organised conspiracy.

Counsel for the millionaire businessman said new correspondence it only received last week seemed to show a deliberate agenda by the tribunal to damn the process of the award of the State's second mobile phone licence, and those involved in it.

The claim was made this morning at a resumed sitting of the Moriarty Tribunal.

The sitting was organised to allow Mr O'Brien's legal team to cross-examine economist Peter Bacon about a report he prepared for the tribunal in 2003 on the evaluation procedures used during the decision on who should get State's second mobile licence.

However, a row between Mr O'Brien's lawyers and the tribunal meant the cross-examination did not happen.

Mr Justice Moriarty said if the tribunal had been engaged in such a conspiracy it is unlikely that it would have disclosed the documents concerned last Friday.

He said the failure by the tribunal to disclose the documents was a mistake for which he took full responsibility.

He said they had been earmarked for production, but had not due to error. He said it was regrettable, but mistakes do happen.

But he said he saw no basis on which to regard dealings with Mr Bacon to have changed anyway.

He said he was not going to grant the order sought by Mr O'Brien's legal team seeking to have Mr Bacon set out a statement of all his dealings with the tribunal. But he adjourned the sitting for a week to allow the legal teams consider the matter.

He said if Mr Bacon is available to give evidence at that time, and the opportunity is not utilised, he would consider Mr Bacon to have met his obligations. 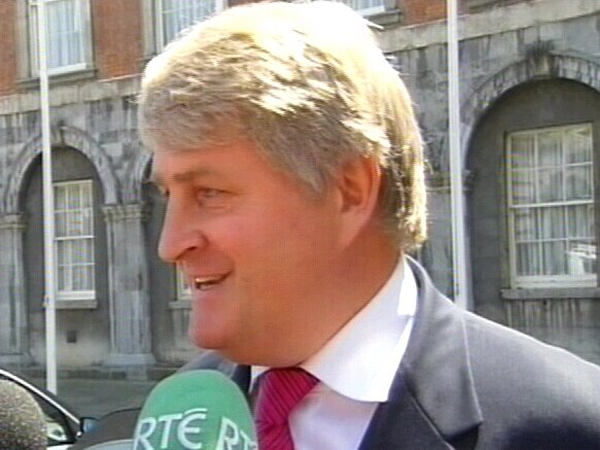